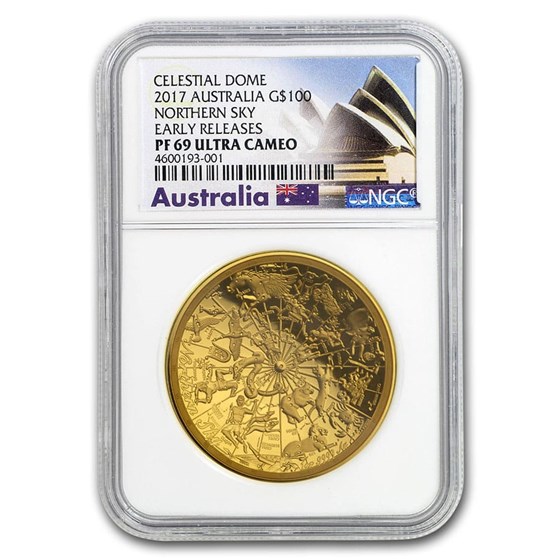 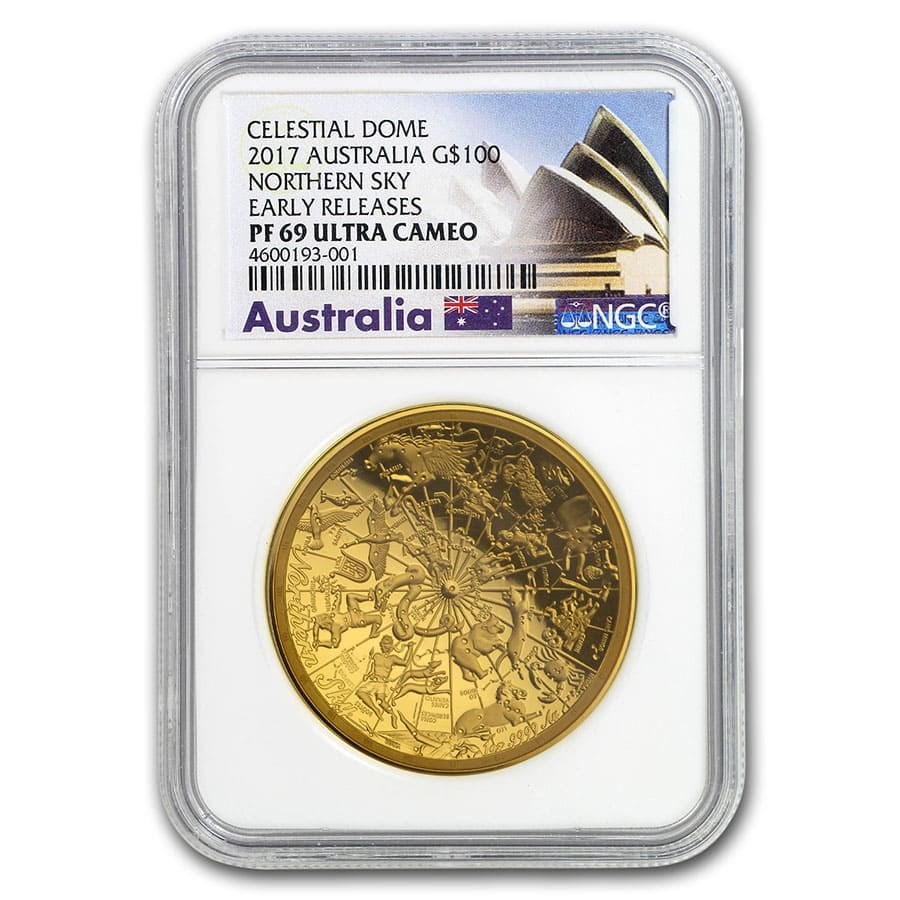 Your purchase is guaranteed to match the quality of the product shown. It will not be this exact item.
Product Details
Product Details
Reach for the stars with this captivating 2017 Australian 1 oz Proof Gold Northern Sky coin. This is the second and final release of the two coin Celestial Dome series, and this particular coin is graded a near perfect, Proof-69 Ultra Cameo by NGC.

Coin Highlights:
This coin is uniquely suited for both gift-givers and investment enthusiasts alike. Add the 2017 Gold Northern Sky coin to your cart today!

Whether it is to make a wish, navigate the seas, study science or engage with mythology, the northern hemisphere’s stars capture the imagination of many. Their extraordinary legacy has been captured in art works, song lyrics and popular sayings. From Homer’s Odysseus having a journey guided by the celestial bodies above to Disney’s Pinocchio being told, “When you wish upon a star, your dreams come true”, the night sky has a lasting legacy in our hearts, minds and culture. Gold has been revered through time, often evoked as a point of reference when discussing value, quality, class or desirability.

The Northern Celestial Hemisphere or the Northern Sky is part of a rotating astronomical region in the sky. It is the northern hemisphere of the celestial sphere. The northern sky is that half of the starry sky, which is north of the sky equator. It can be overlooked from the North Pole. The farther south, the less is visible to the observer. In good visibility conditions, the observer encompasses around 2,000 freely visible fixed stars, with the use of a field glass about 20,000 to 40,000 stars.