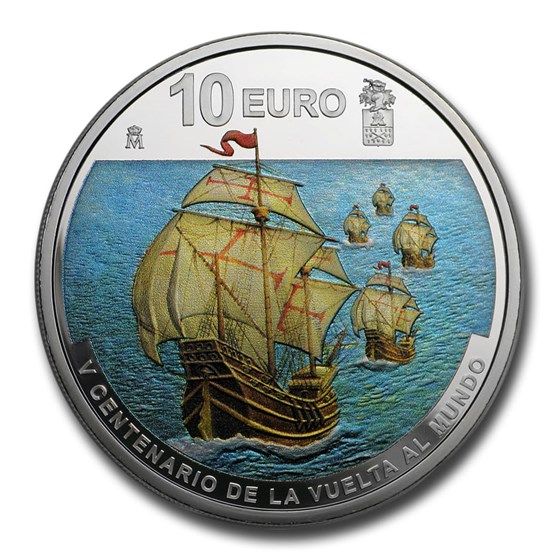 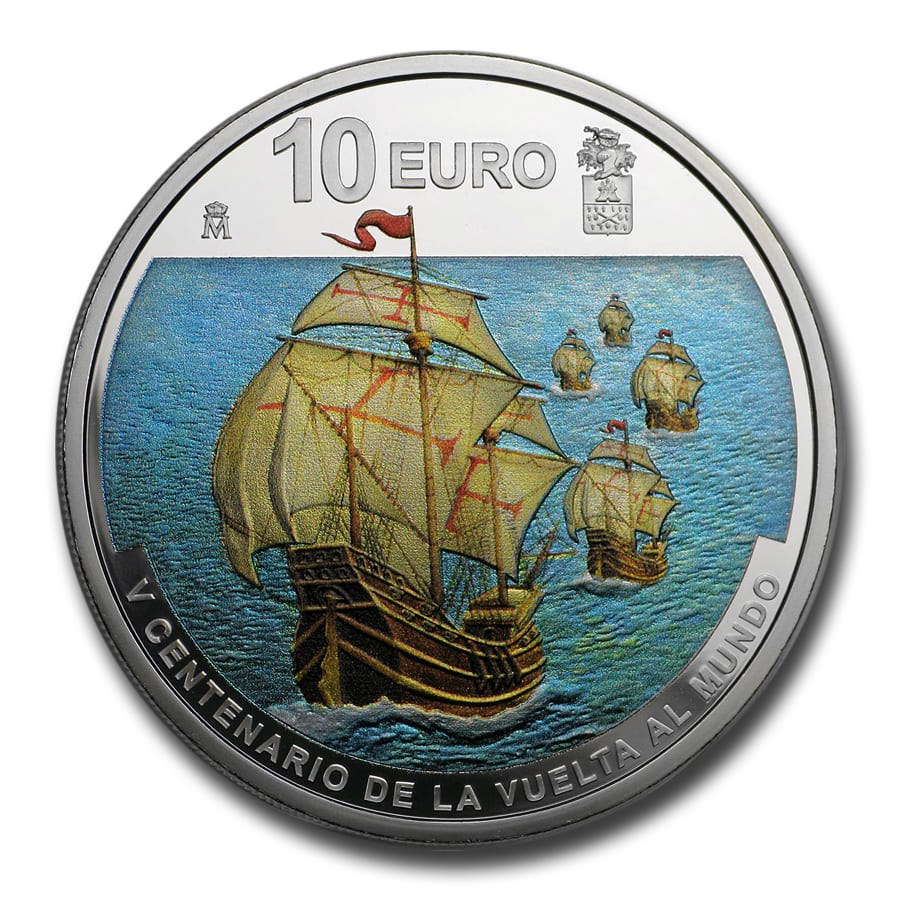 Your purchase will match the quality of the product shown.
Product Details
Product Details
The Spanish Royal Mint honors the 500th Anniversary of the First World Circumnavigation with this beautiful colorized 10€ commemorative coin.

Add the first of four releases commemorating the 500th Anniversary of the First World Circumnavigation to your collection today!

The world was never the same after this expedition. 239 men and five ships left Spain in 1519 searching a route westward to the Spice Islands (present day Moluccas Islands, Indonesia).

The Armada de Moluccas was the name of the Spanish fleet in the first expedition to sail to the Spice Islands from Europe and perform the first world circumnavigation. The five ships departed from Spain in 1519. They crossed the Atlantic Ocean, then rounded the southern tip of South America through the Strait of Magellan, and then sailed the Pacific Ocean, arriving in the Philippines, where Magellan died in 1521, and finally reaching the Spice Islands on 6 November 1521.

The expedition took over two years to reach the Moluccas since their departure from Spain, and with only two of the original ships remaining. On 6 September 1522, the Victoria returned to Spain, led by Juan Sebastian Elcano. The Emperor Charles V named him as 'Primus Circumdedisti Me' the first man to circumnavigate the world, as it appears in his coat of arms.