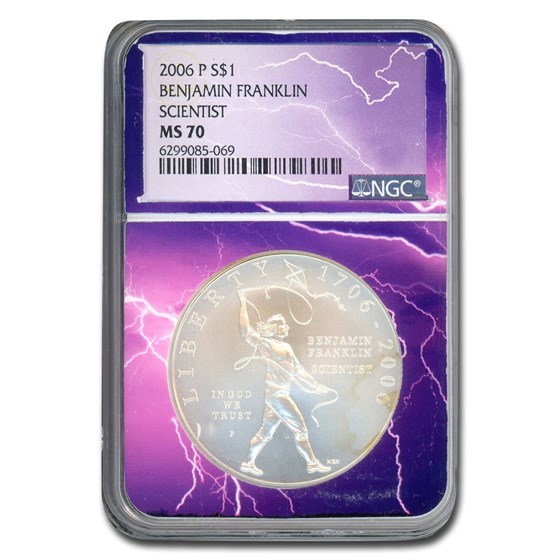 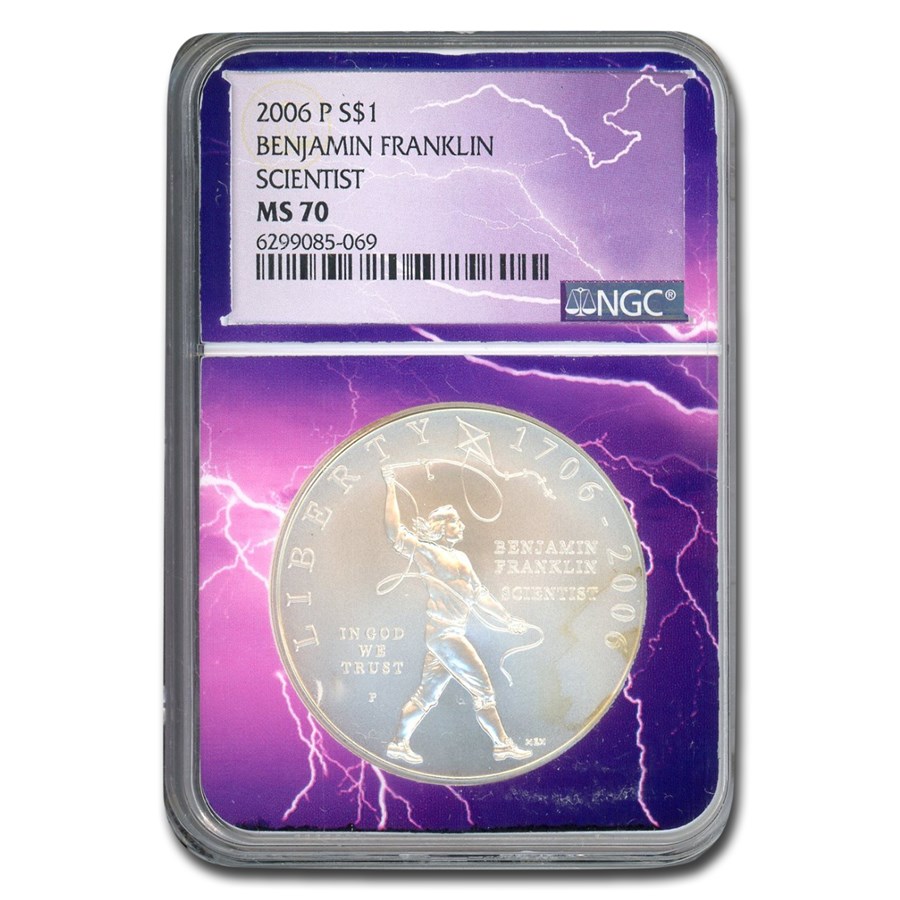 Product Details
Product Details
Own a piece of history. Ben Franklin, one of the founding fathers of the United States, is depicted on this U.S. Mint $1.00 Silver Commemorative coin, honoring the 300th anniversary of Franklin's birth.

Coin Highlights:
Protect and display your Ben Franklin Founding Father $1 Silver Commem in style by adding an attractive display or gift box to your order.

Ben Franklin was one of the most remarkable individuals of all time. A multi-talented scientist, philosopher, journalist and statesmen, he remains nearly as popular today as he was in his own time. This coin has an actual Silver weight of .7734 and weighs the same as the old Morgan and Peace Silver Dollars.

Low mintage on a collectible coin that is graded a perfect 70. What's not to like?

This is a beautifully designed and struck coin. I'm also interested in science, so this fits into my collection perfectly! Historical and artistic! Enjoy this one.