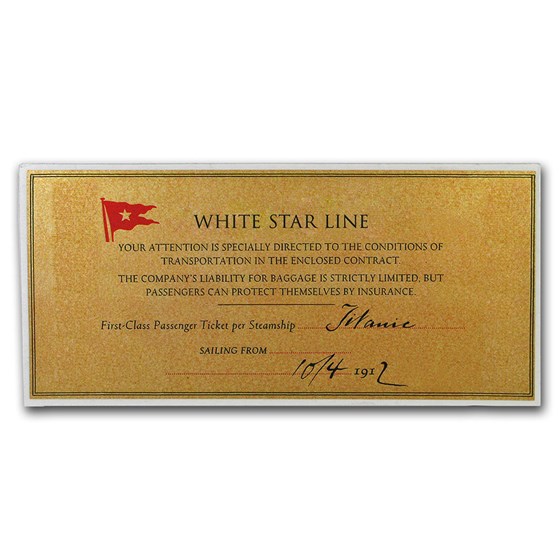 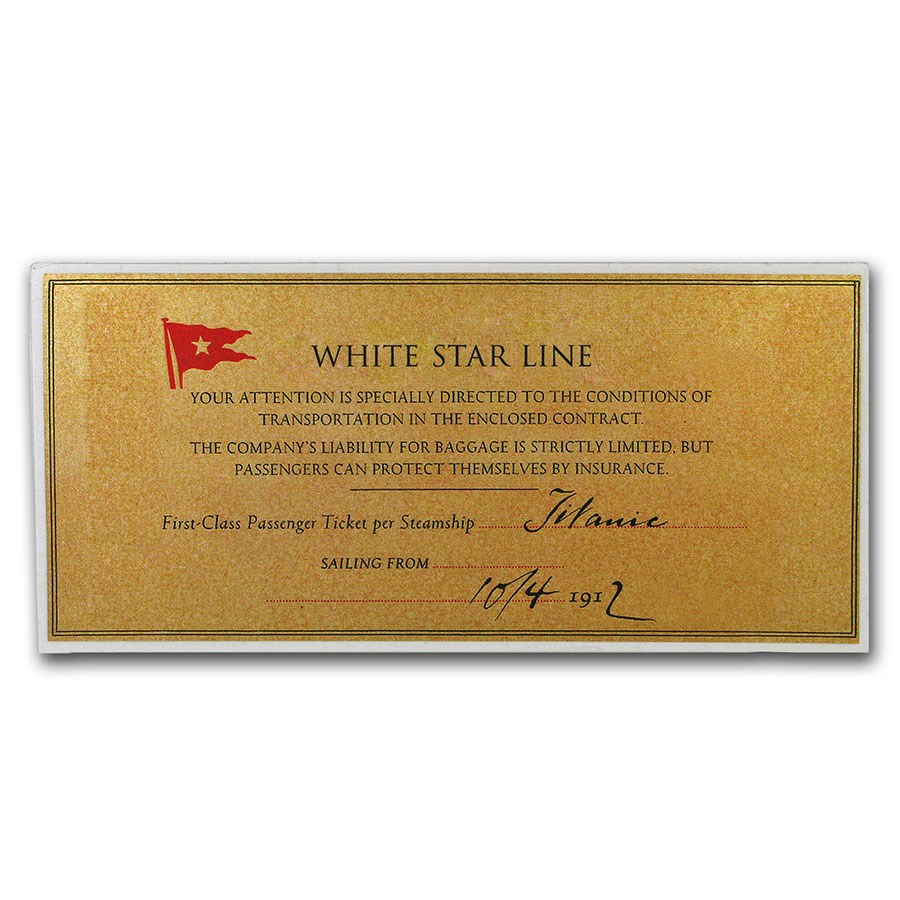 Your purchase is guaranteed to match the quality of the product shown. It will not be this exact item.
Product Details
Product Details
This incredible Silver note is dedicated to the memory of the Titanic and has a mintage of only 1,912 worldwide.

Handle your foil Silver note with care by adding these cotton gloves to your order.

A perfect gift or a souvenir for any historical collector or a fan of the movie. Add this amazing 5 gram Foil Silver Note to your cart today!

RMS Titanic was a British passenger liner that sank in the North Atlantic Ocean in 1912 after striking an iceberg during her maiden voyage from Southampton to New York City. Of the estimated 2,224 passengers and crew aboard, more than 1,500 died, making the sinking one of modern history's deadliest peacetime commercial marine disasters. RMS Titanic was the largest ship afloat at the time she entered service and was the second of three Olympic-class ocean liners operated by the White Star Line. She was built by the Harland and Wolff shipyard in Belfast. Thomas Andrews, chief naval architect of the shipyard at the time, died in the disaster.