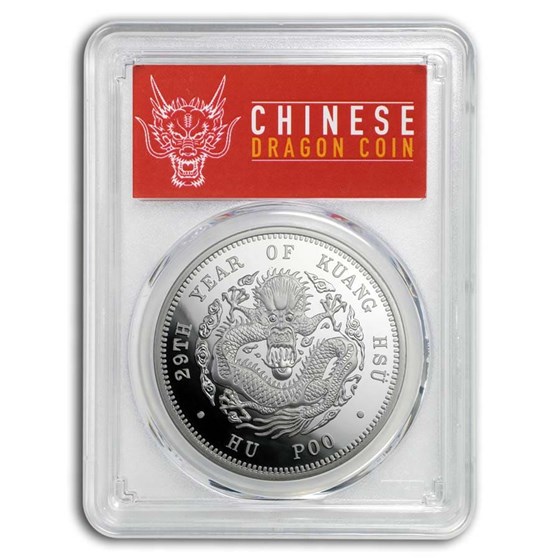 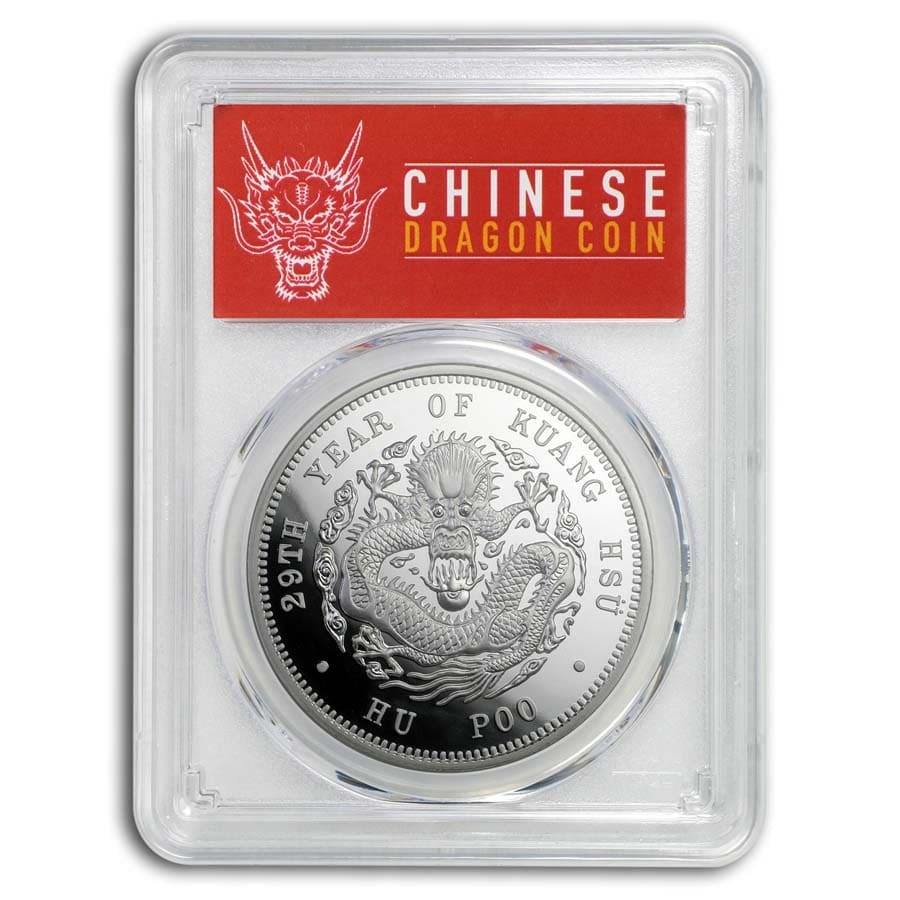 A classic is reborn! These APMEXclusive® coins are patterned after the original 1903 Chinese Silver Chihli Dollar. This 1 oz Premium Uncirculated restrike comes with a very limited mintage of 5,000 coins worldwide.

Coin Highlights:
This Silver PU (Premium Uncirculated) restrike is loved around the world for its 1 oz metal content and classic design. Add the 2019 China 1 oz Silver Dragon Restrike to your cart today!

A dragon was featured on the obverse of the Japanese and Korean issues while on the dragon was featured on the reverse of Chinese issues. These dragon dollars were all originally inspired by the Silver Spanish dollar which following its introduction into the region in the 16th Century had set the standard for a de facto common currency for trade in the Far East, this specification being a weight of 27.22 grams and a fineness of .900; the coin thus contained 24.5 grams (0.7876 troy oz) of Silver.

There is only good to say about this coin. Sealed in the pictured casing will only preserve the coin for a long time. This item is then sealed by the shipper in another bag that comes with a barcode, date and description. Very well protected in shipping. Awesome!