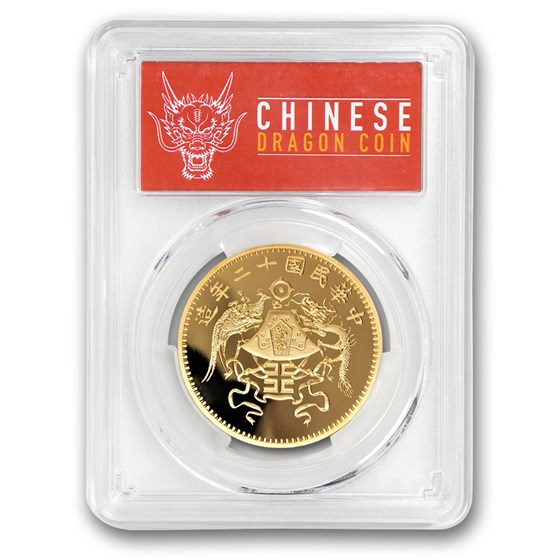 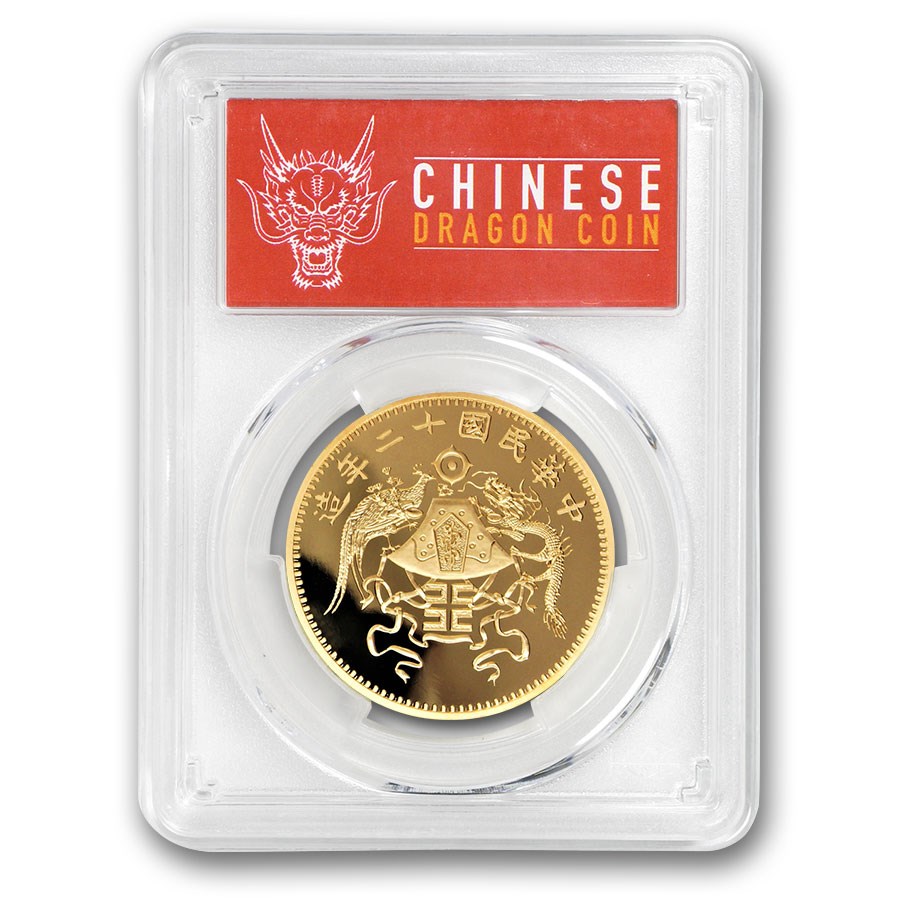 $2,158.09 $2,173.09
As Low As
12% Off The Premium
Product Details
Product Details
This APMEXclusive® label is made specifically for this coin series. The design of the label features a Chinese Dragon head which further adds to the unique aspects of this collectible coin series.

A classic is reborn! These APMEXclusive® coins are patterned after the original 1923 Chinese Dragon & Phoenix Dollars. This 1 oz Premium Uncirculated restrike comes with a very limited mintage of 100 coins worldwide..

These Dragon coins, also sometimes known as Dragon dollars, were originally Silver coins issued by China, Japan and later Korea for general circulation in their own countries.

A dragon was featured on the obverse of the Japanese and Korean issues while on the dragon was featured on the reverse of Chinese issues. These dragon dollars were all originally inspired by the Silver Spanish dollar which following its introduction into the region in the 16th Century had set the standard for a de facto common currency for trade in the Far East, this specification being a weight of 27.22 grams and a fineness of .900; the coin thus contained 24.5 grams (0.7876 troy oz) of Silver.

Chinese coins of this type are known Kwangtung dollars from the old Romanization of the name of the mint that they were first produced in China, more popularly they are known in Chinese as, "Dragon Silver" or "Dragon Money", capable of being read as both Silver or money.