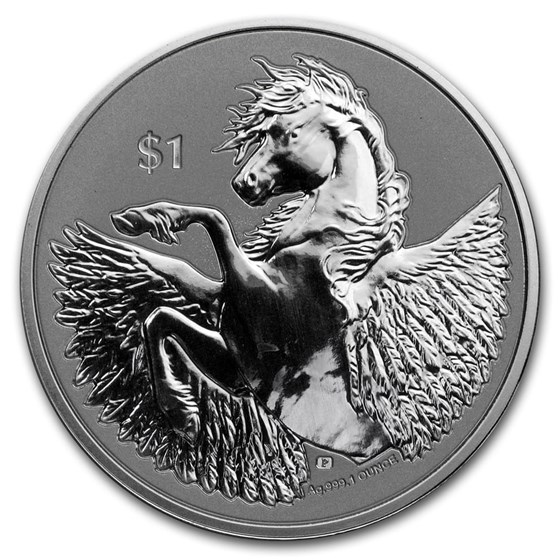 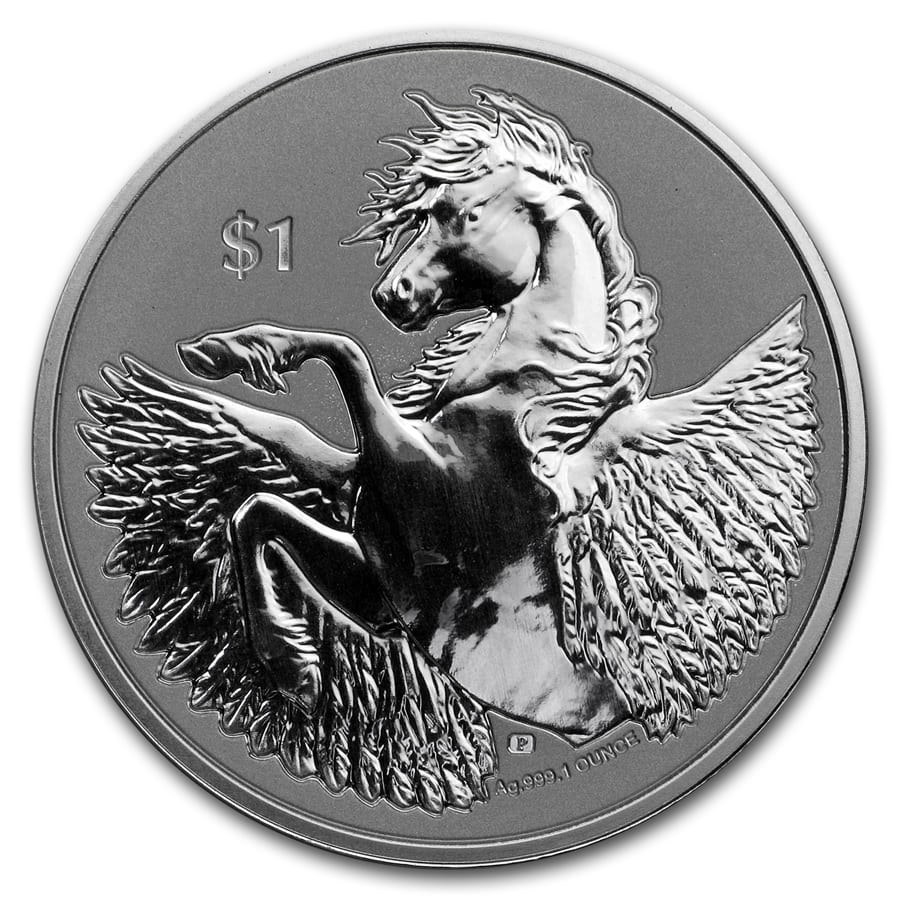 Your purchase is guaranteed to match the quality of the product shown. It will not be this exact item.
Product Details
Product Details
Lowest mintage ever! The fourth release in the popular Pegasus bullion coin series comes with an extremely limited mintage of only 10,000 coins worldwide and features Pegasus, the mythical horse along with a revamped finish.

This coin would be a great addition to any coin collection. Own the fourth release of this exciting bullion series minted for the British Virgin Islands by adding this stunning 1 oz Silver Pegasus Reverse Frosted BU coin to your cart today!

Wow, what an outstanding design. Very nice piece, gets a lot of attention just for the design itself. Very happy with this purchase

This Pegasus design is a show-stopper . . . the pictures on APMEX do not fully capture how classy this design is. Stack this one up, enjoy, and give out to family and friends.

I collect coins because I like them and I think they are beautiful. This coin is stunning.

Great 4th entry in the series

For the 4th release in the series, this is excellent. The reverse cameo finish is sharp. I'm glad to see the design change. Yes, I would recommend this coin, especially if you've collected the previous 3 releases.