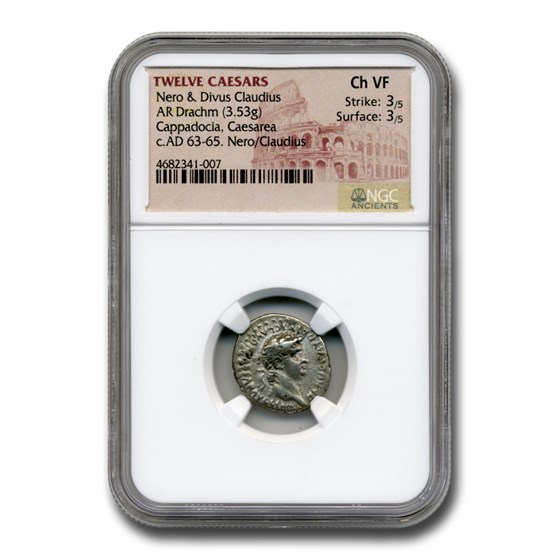 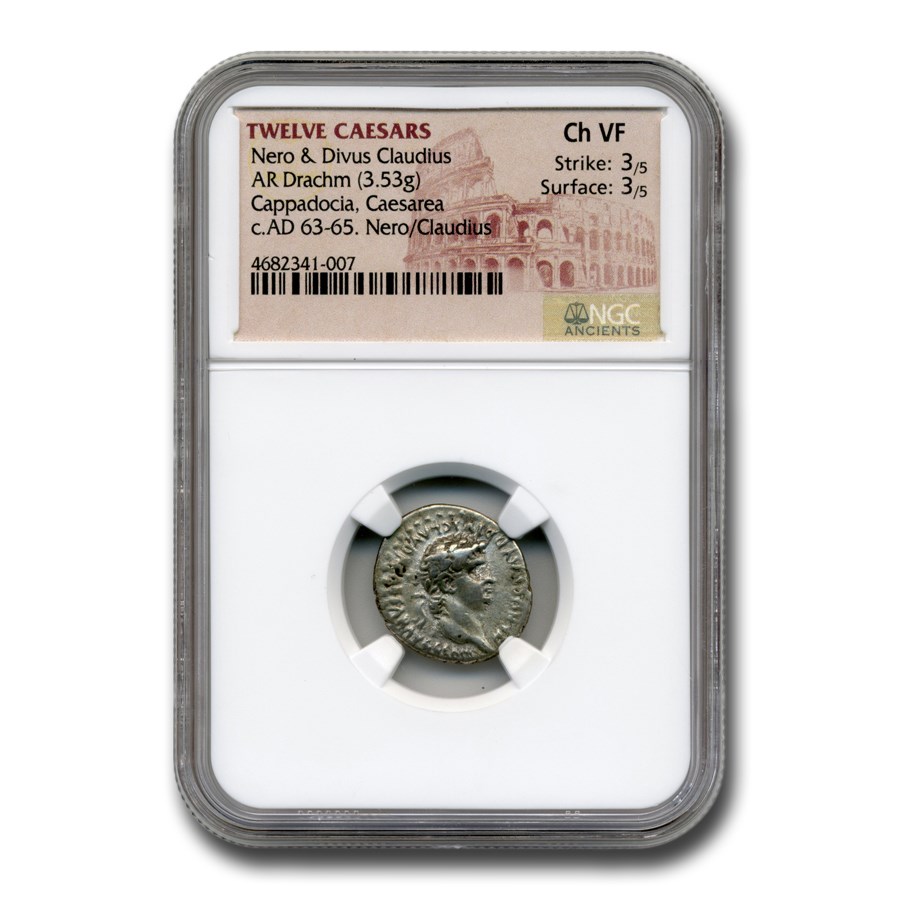 Your purchase will match the quality of the product shown.
Product Details
Product Details
This commemorative was issued to celebrate a defied Claudius who was risen to Godhood following the accension of Nero on his orders and those of the Roman Senate.

Protect and display your Roman Silver Drachm in style by adding an attractive display or gift box to your order.

Add this Roman Silver Drachm of Emperor Nero to your collection today!