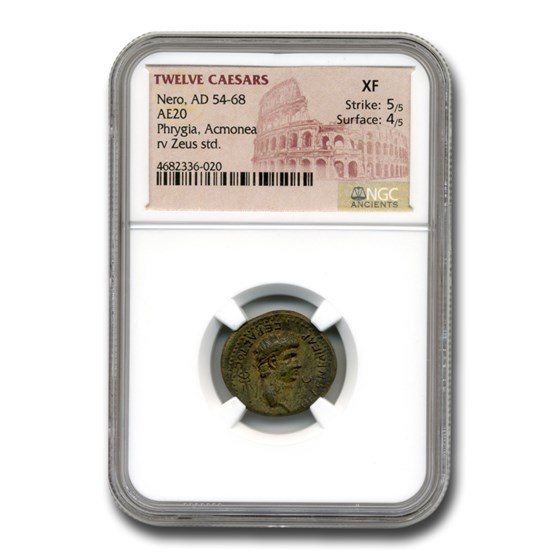 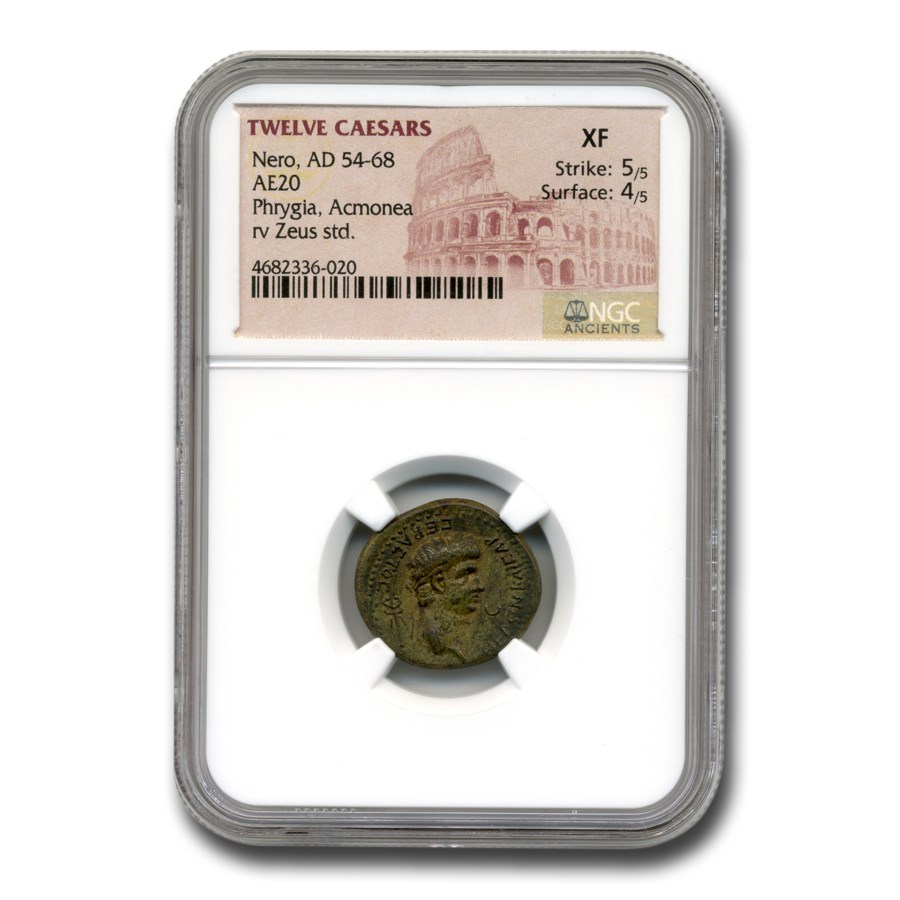 Your purchase will match the quality of the product shown.
Product Details
Product Details
These attractive coins from the Roman Provinces were popular during the Emperor Nero's reign. While hated in Rome, he was beloved in the provinces for his vast expenditures and public life improvements.

Protect and display your Roman AE 20 in style by adding an attractive display or gift box to your order.

Add this Roman AE 20 of Emperor Nero to your collection today!