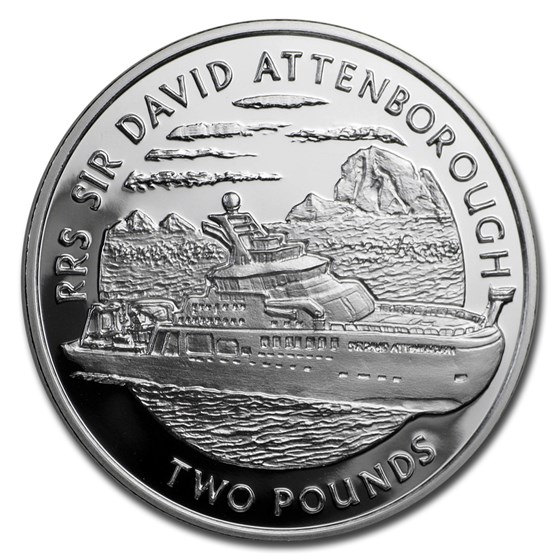 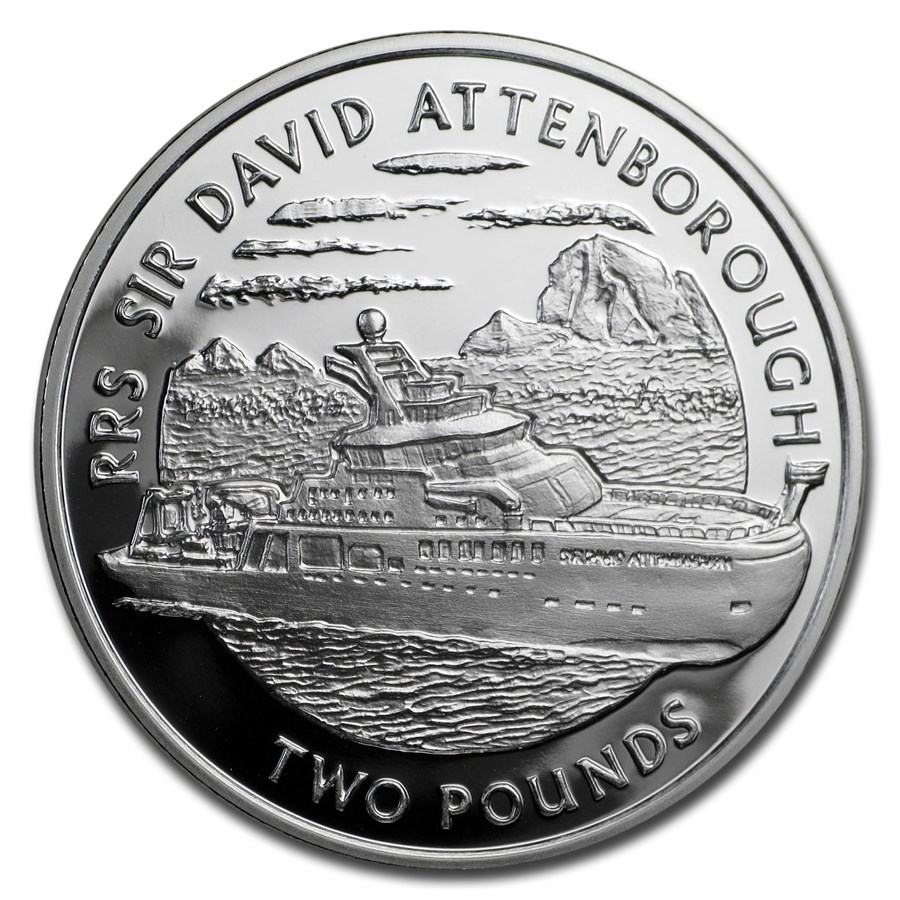 $37.15
As Low As
Product Details
Product Details
This coin commemorates the vessel named after the famed British broadcaster and natural historian Sir David Attenborough. The ship will be tasked with the purpose of carrying out research in Polar Regions.

Coin Highlights:
This coin is a fantastic addition to any numismatic collection. Add this 2019 British Antarctic Territory Silver coin to your cart today!

In 2014, the UK government announced funding for the construction of a new polar research vessel for the British Antarctic Survey to replace a pair of existing vessels RRS James Clark Ross and RRS Ernest Shackleton.

The ship itself is about 125 metres long, with a beam of about 24 metres. Her draught is about 7 metres. The vessel will always have a special place in Pobjoy Mint’s history with the vessel having several of its coins from three different British Overseas Territories placed under the keel block of the RRS Sir David Attenborough..

The new polar ship is commissioned by NERC, built by Cammell Laird to a Rolls Royce design and operated by British Antarctic Survey. The vessel will have a crew of approximately 30 and accommodate up to 60 scientists and support staff.