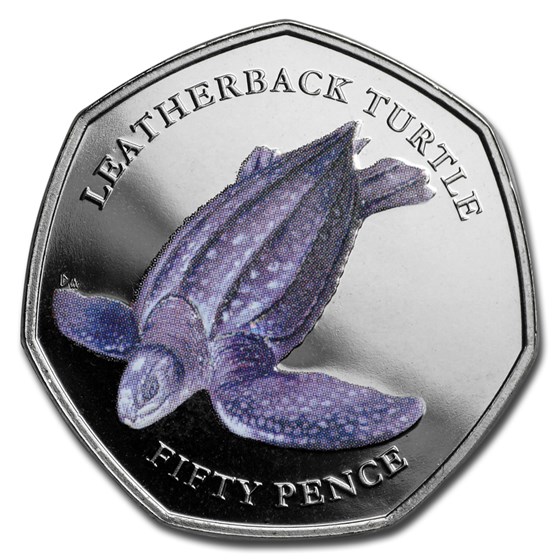 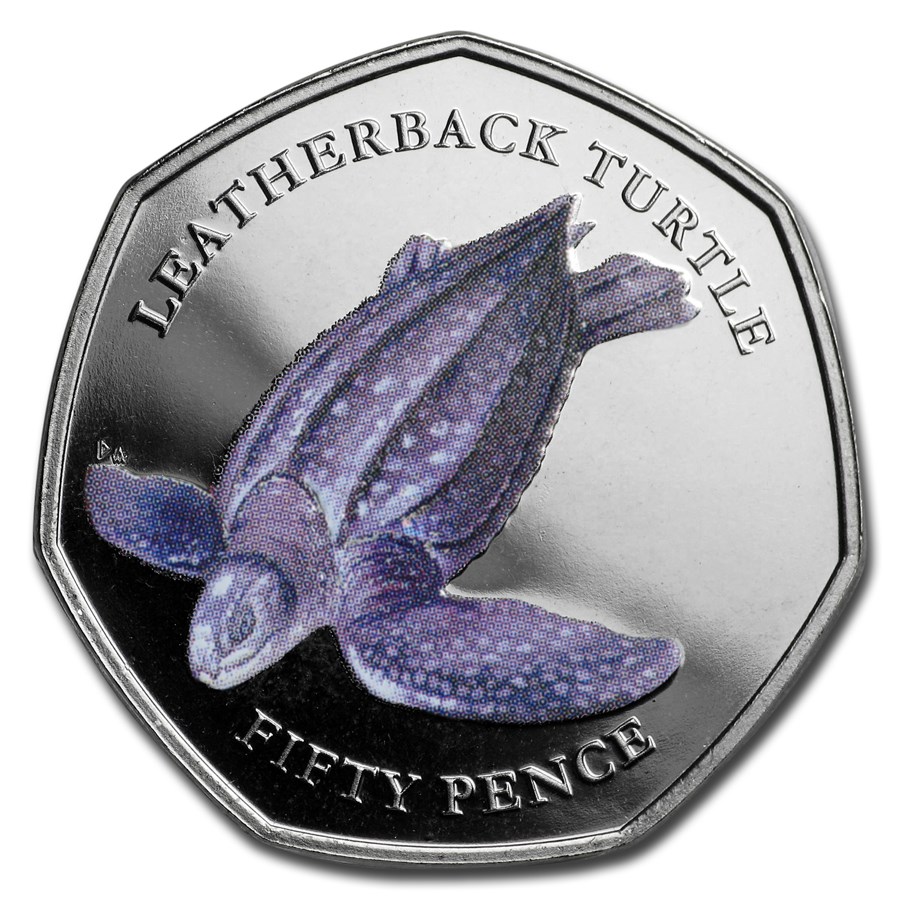 Coin Highlights:
This coin is a fantastic addition to any numismatic collection. Add this 2019 British Indian Ocean Territory Cupro-Nickel Leatherback Turtle coin to your cart today!

Sea turtles have an amazing ability to navigate back to the area where they were born. Although these reptiles can be short sighted on land, underwater they have an excellent vision and can hold their breath for long periods.

The Leatherback Turtle is the largest of the sea turtle species and is easily identified by its lack of bony shell. Instead its body is covered by a layer of tough, rubbery skin which is strengthened with thousands of tiny bone plate which resemble a jigsaw puzzle.

Adults can grow to over 2 meters in length and weigh up to 900 kilograms. It is estimated the population of the female Leatherback turtles is only between 30,000 and 40,000 meaning the species is considered as vulnerable.