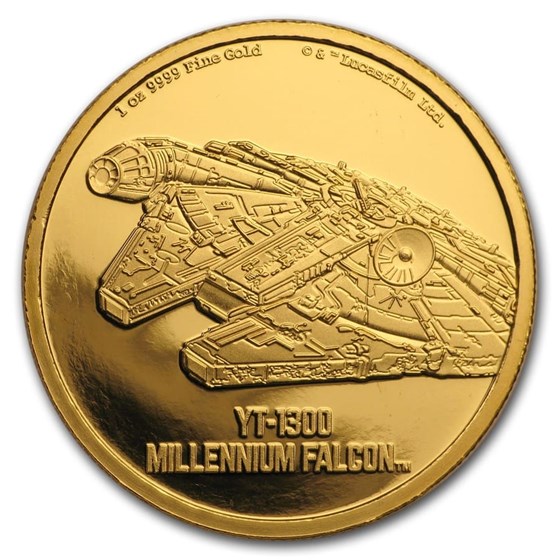 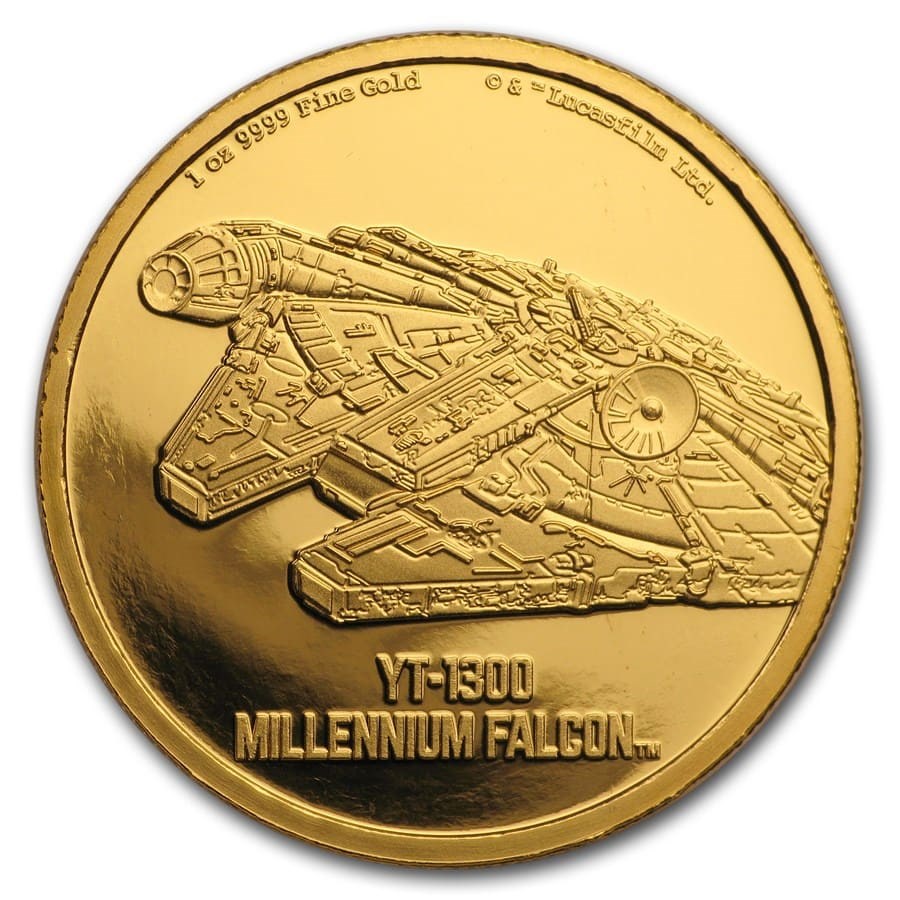 Your purchase is guaranteed to match the quality of the product shown. It will not be this exact item.
Product Details
Product Details
This officially licensed STAR WARS 1 oz Gold coin features the famous Millennium Falcon and has a micro-mintage of only 50! Also included is a display case and a numbered certificate of authenticity.

Unique micro-mintage which will be available to only a few collectors worldwide. The new Star Wars™ Ships series from the New Zealand Mint starts with one of the most famous starships from the legendary STAR WARS™ saga - the Millennium Falcon™. Flown by the Corellian smuggler Han Solo™ and his co-pilot Chewbacca™, the Millennium Falcon is an integral part of the Rebel Alliance and was instrumental in destroying the Death Star. Now the modified Corellian YT-1300 Freighter™ was immortalized in one-ounce pure Gold for the start of this new once-off STAR WARS™ Ships edition. The coin shows the Millennium Falcon™ and on the reverse the portrait of Her Majesty Queen Elizabeth II.