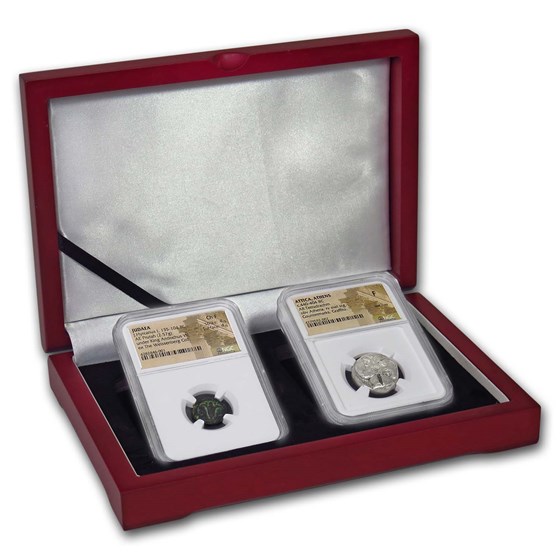 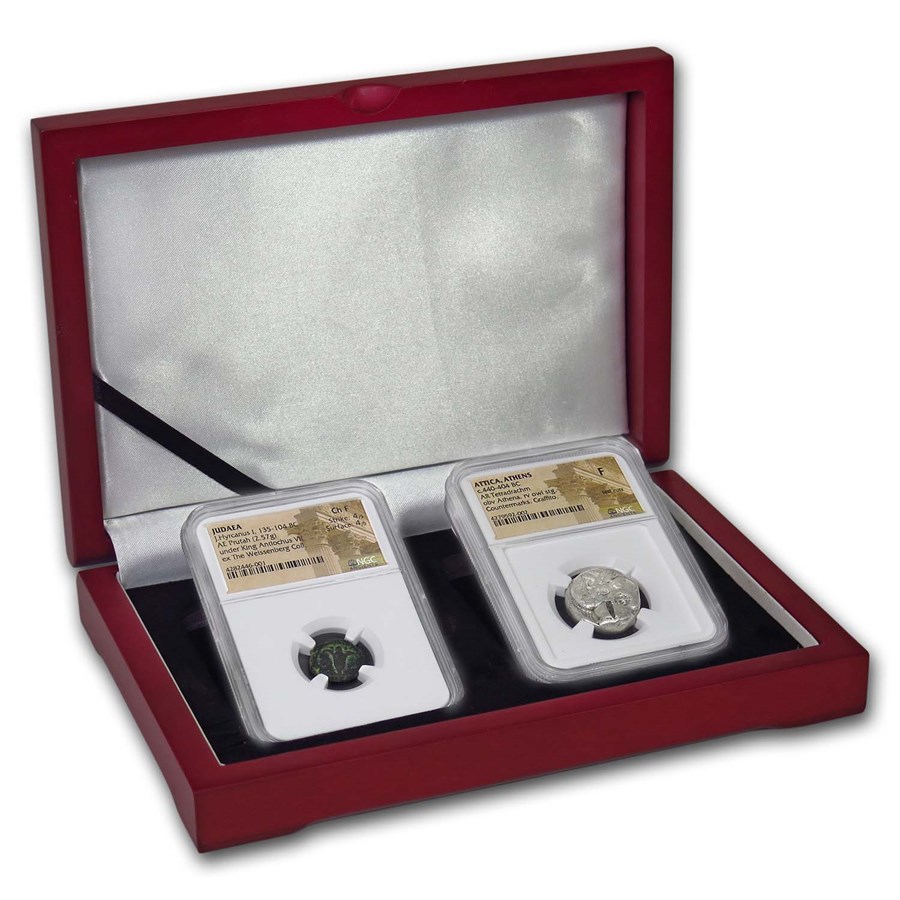 Your purchase will match the quality of the product shown.
Product Details
Product Details
Jerusalem was a major center of trade with its primary location being a stop on the Silk Road, as such many foreign coins tended to circulate in the city. This Athenian Tetradrachm bears a merchant stamp from the city of Jerusalem.

Set Highlights:
This rare set is a great way to own an important Ancient trade coin that would have circulated through one of the Ancient Worlds most famous commercial centers.

Add this Jewish Trade coin set to your cart today!

Trade in the ancient world was primarily concentrated in two areas either along the coast of the Mediterranean or along the Silk Road. Many coins of the Greek cities would trade eastward to ancient India and China along this network and as such they were tested in many of the cities by merchants trying to check the Silver content. This Athenian Owl bears test cuts as well as a purity stamp which is not unlike other examples used during the period by ancient Jewish merchants. These coins were still in circulation during the ministry of Christ and these uncommon trade coins are a rare find.