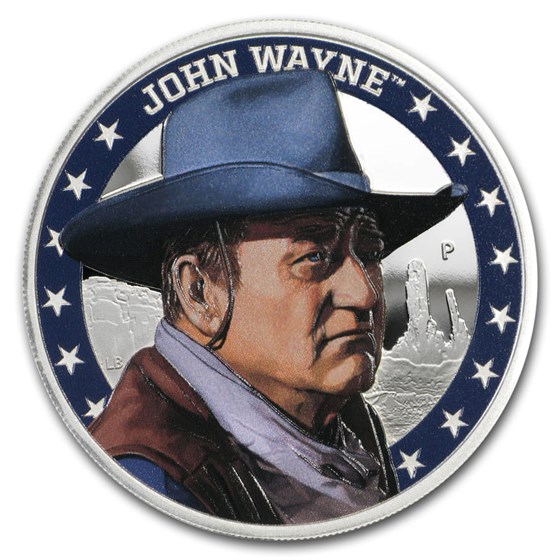 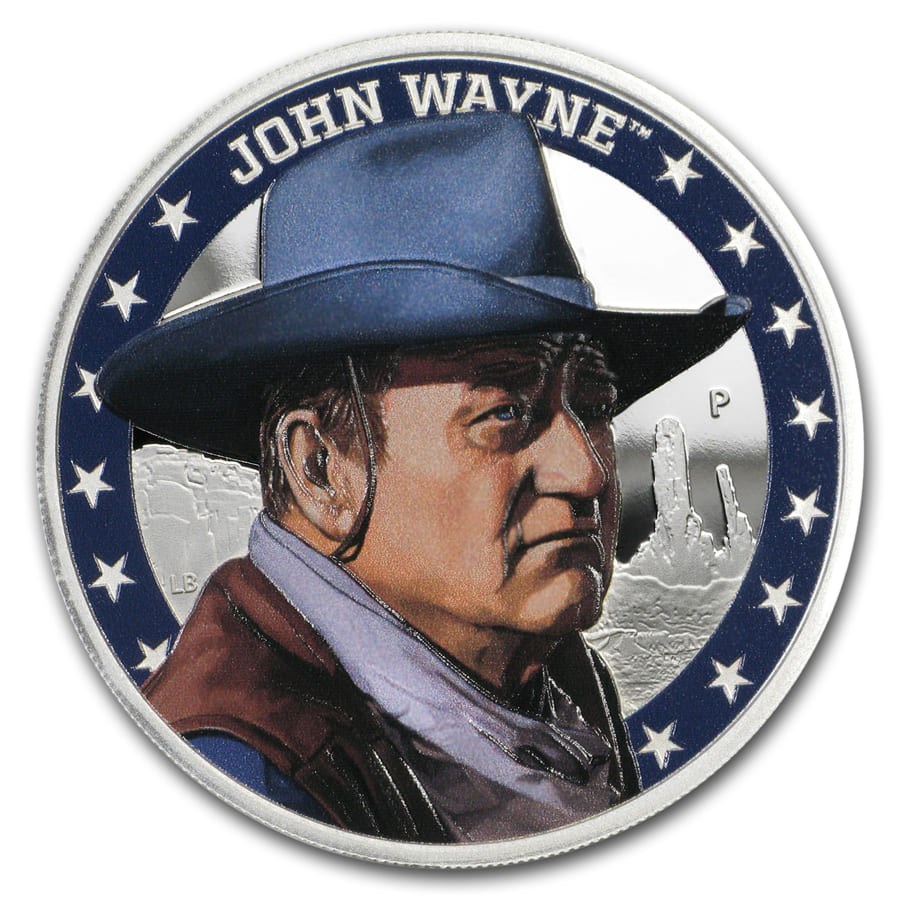 Your purchase will match the quality of the product shown.
Product Details
Product Details
From The Perth Mint comes this officially licensed John Wayne Silver Proof! John Wayne was one of the most enduringly popular American entertainers of the 20th century.

John Wayne was born Marion Robert Morrison on May 26, 1907. Nicknamed ‘the Duke’, he was a staple of the Western film genre and starred in, directed and produced more than 170 movies in a career spanning 50 years.

This special release will be a true collector item for years to come! Order this 2020 Silver John Wayne Proof coin today!

JOHN WAYNE, DUKE and THE DUKE are the exclusive trademarks of, and the John Wayne name, image, likeness and voice, and all other related indicia are the intellectual property of, John Wayne Enterprises, LLC.

I ordered this as a gift for a family member and I am very pleased with it. The coin is great and so is the box it comes in.

I likes the wood box it came in with the magnetic closer. The detail of the coin is fantastic. Thanks