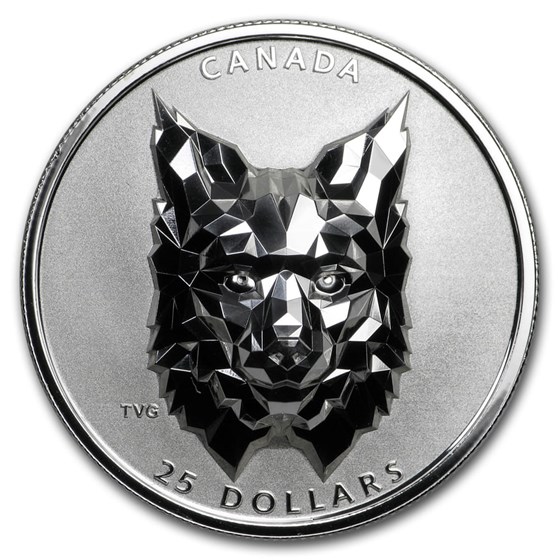 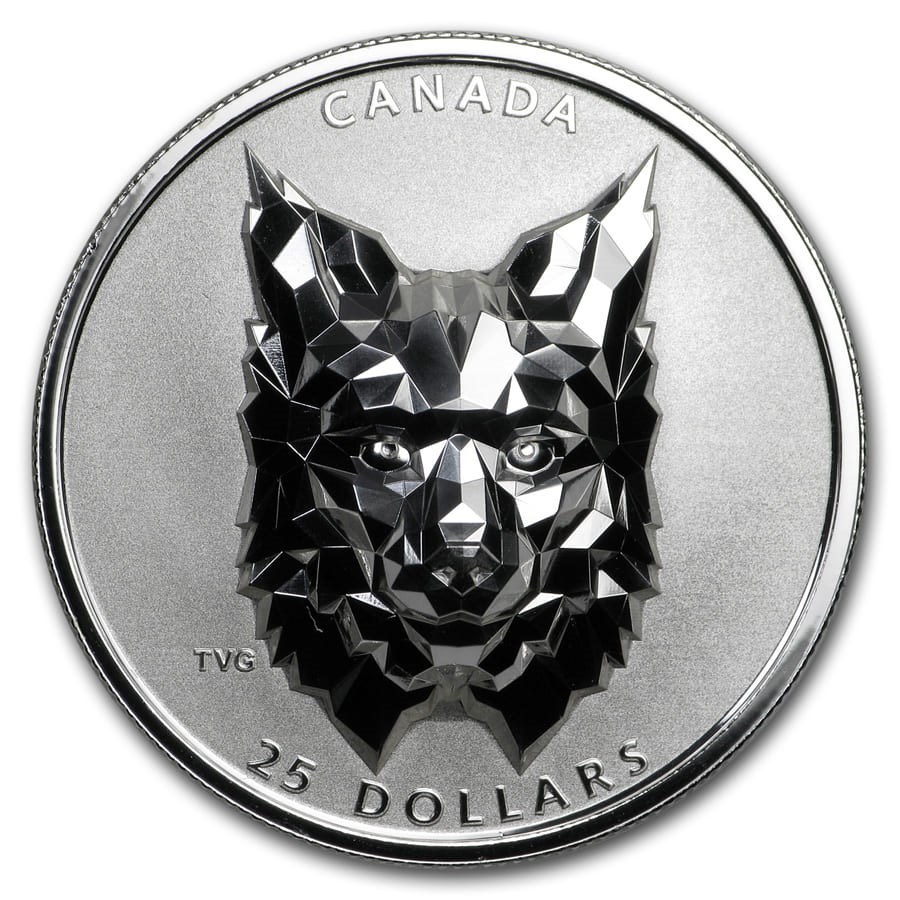 Your purchase will match the quality of the product shown.
Product Details
Product Details
The Lynx is the third and final coin in the spectacular series featuring the first ever proof-quality coin struck with Extraordinarily High Relief (EHR) - a new term in the world of minting.

The Multifaceted Lynx Head by Canadian artist Traian Georgescu is the third coin in the 3-coin series featuring the innovative use of extraordinarily high relief (EHR). This technology application on coins is a world first, a daring new approach unlike anything the world of minting has ever seen before.

The Canada lynx is a mid-sized boreal forest carnivore that occurs across most of northern North America. At 75-90 centimeters (30-35 inches) long, weighing 6-14 kilograms (about 15-30 pounds), and with grizzled gray fur, lynx are similar to bobcats in size and appearance. The lynx’s exceptionally large paws, long, black ear tufts, and short, black-tipped tail distinguish it from the more common bobcat. With its large feet and long hind legs, the lynx is highly adapted to hunting its primary prey, the snowshoe hare in deep, powdery snow.