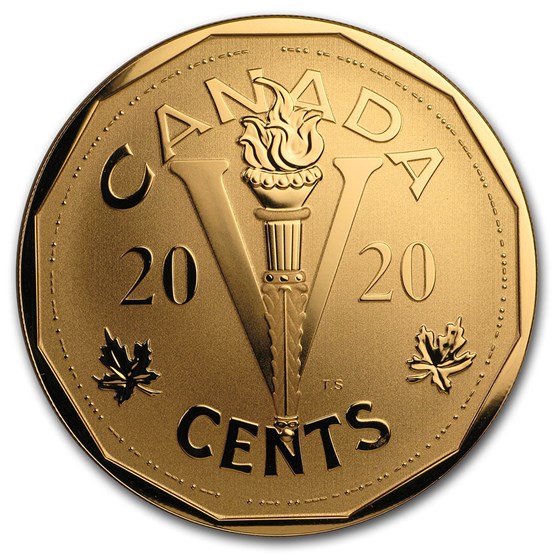 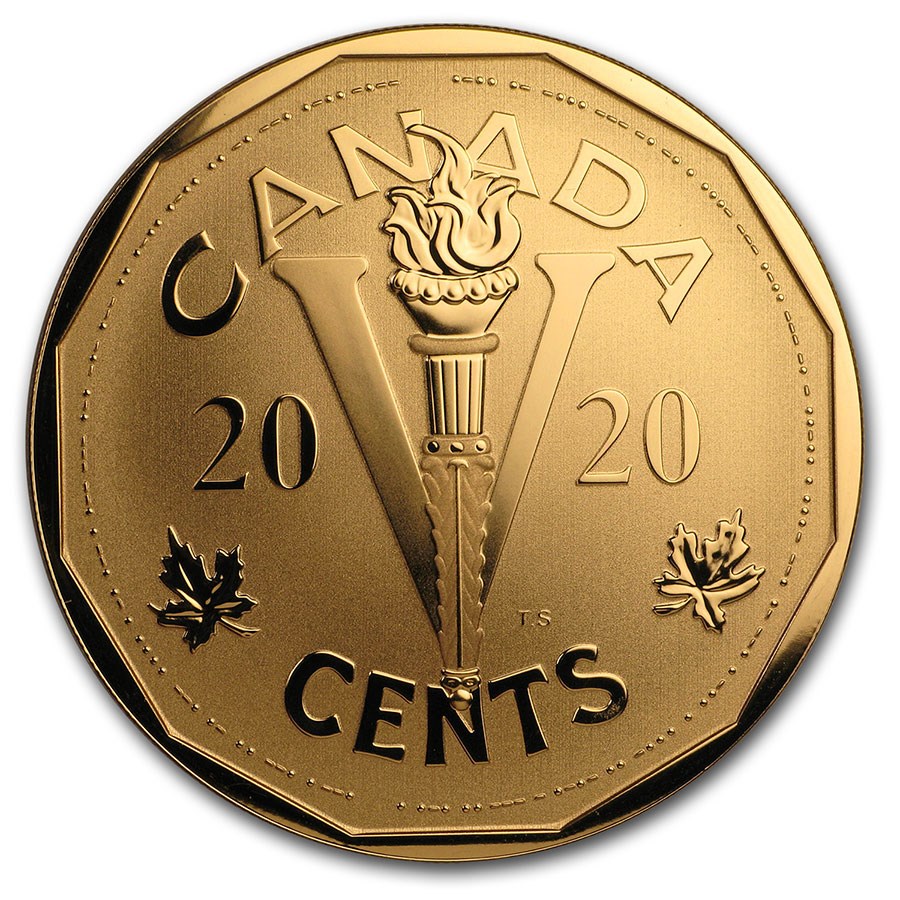 Canada, 1943. With the disastrous Dieppe Raid still fresh in their minds, Canadians began the year with tragic news from the Battle of the Atlantic and ended it with successes in Sicily. The end of the war was still two years away. But 1943 brought a hopeful shift that was fueled in part by Canada’s effort on the home front, where our sacrifices and resolve were represented by a coded message on a new 5-cent coin: We Win When We Work Willingly.

Enhanced with special finishes, this bronze coin re-creates a historic design that is a favorite of collectors and historians. The reverse is a three-part tribute: to Canada’s nickel-less 1943 Victory nickel; to its creator, Thomas Shingles; and to the Canadians on the home front, where civilian contributions were crucial to the war effort and, ultimately, the Allied victory.