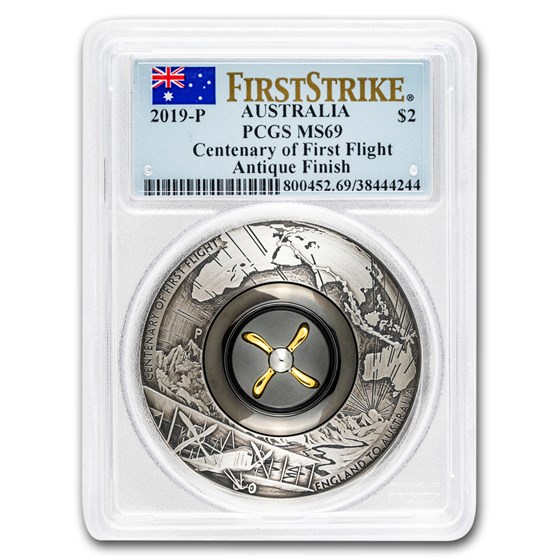 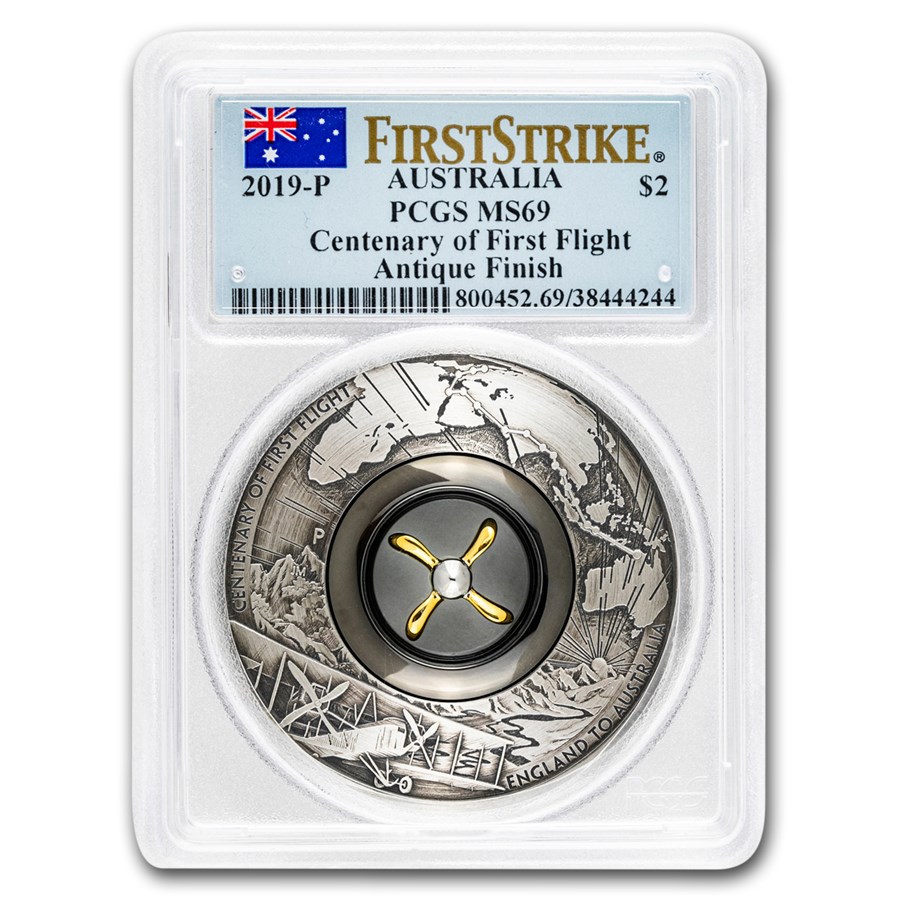 Your purchase will match the quality of the product shown.
Product Details
Product Details
Sold out at the mint! This innovative and exciting new coin celebrates the 100th anniversary of the first flight from England to Australia.