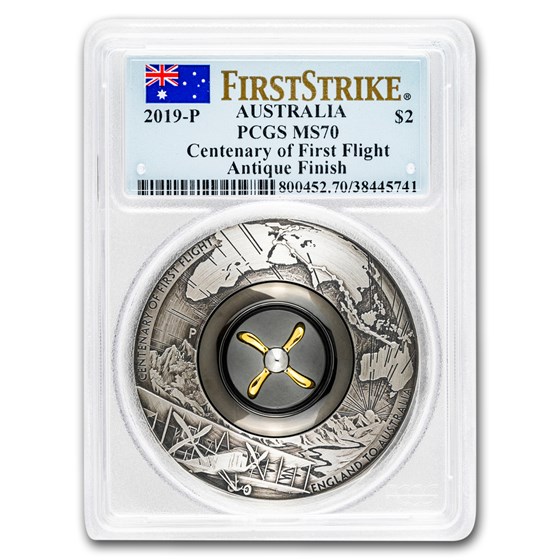 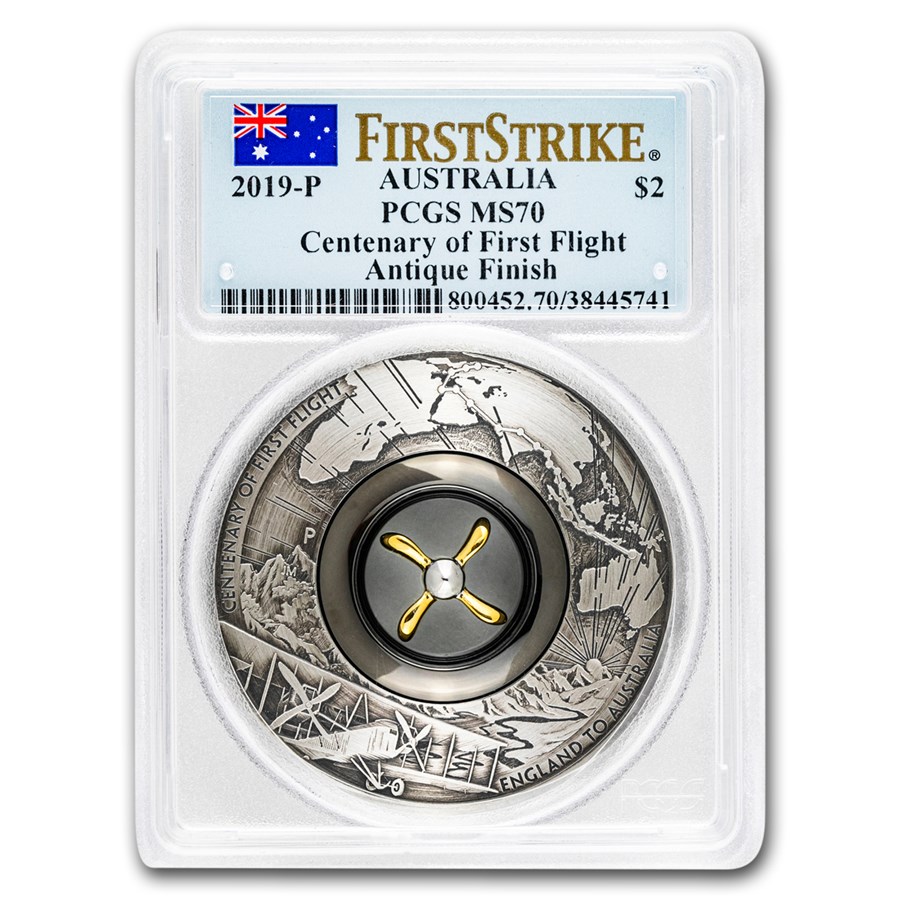 Product Details
Product Details
Sold out at the mint! This innovative and exciting new coin celebrates the 100th anniversary of the first flight from England to Australia.