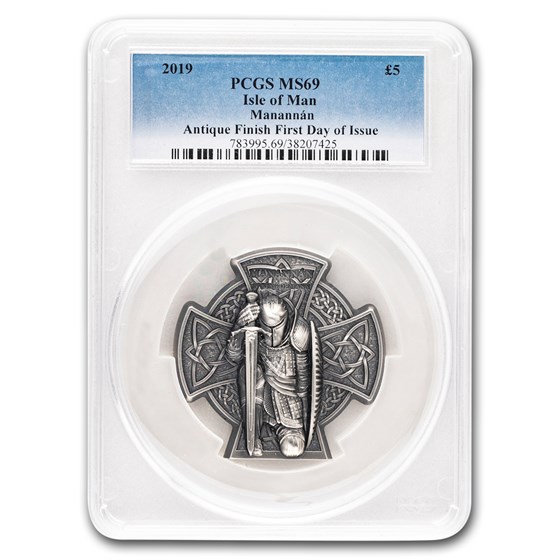 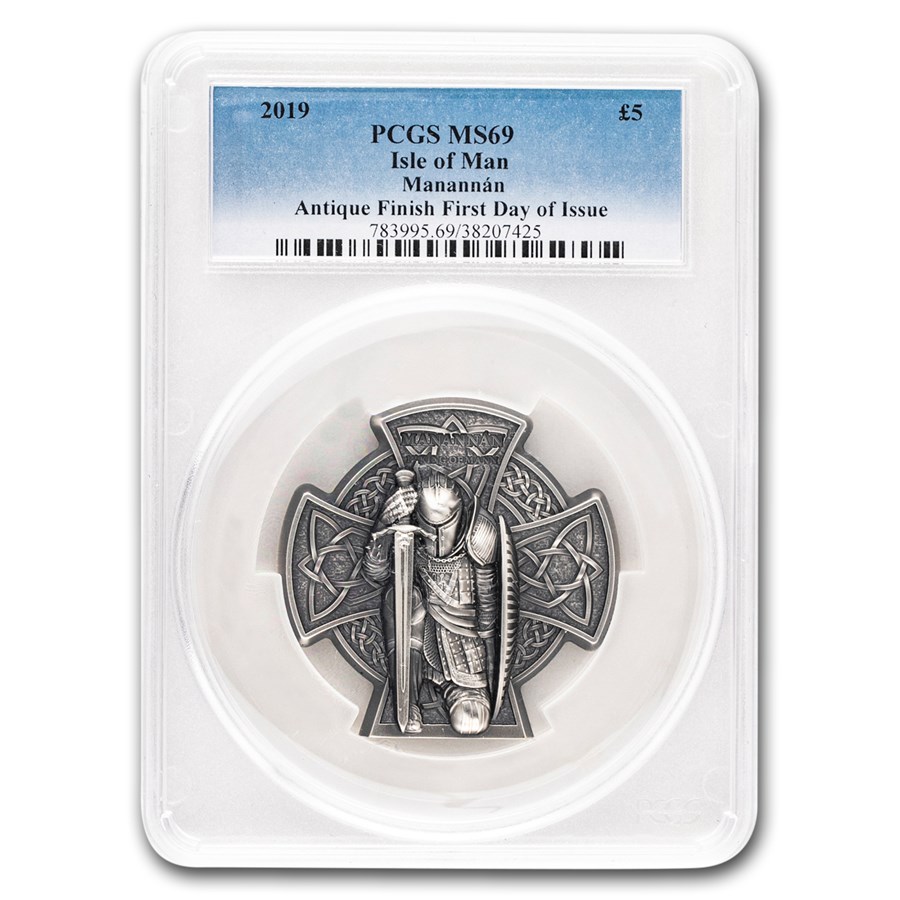 Your purchase will match the quality of the product shown.
Product Details
Product Details
A breathtaking Antique Silver Coin which was struck with Smartminting© technology and has a mintage of only 999 coins! Mint is Sold Out!

Protect and display your First King of Mann coin in style by adding an attractive display or gift box to your order.

This Silver coin with an iconic image would be a great addition to any coin collection. Add this beautiful 3 oz Antique Silver Manannán coin to your cart today!

Manannán derived his name from the Isle of Man and is said to be the first king and defender of the island. He is a vital part of Manx, Irish and Scottish mythology and folklore. Aside from his famous sword, Manannán is said to have possessed a cloak of invisibility and the Wave Sweeper, a ship able to cross the seas without sails.