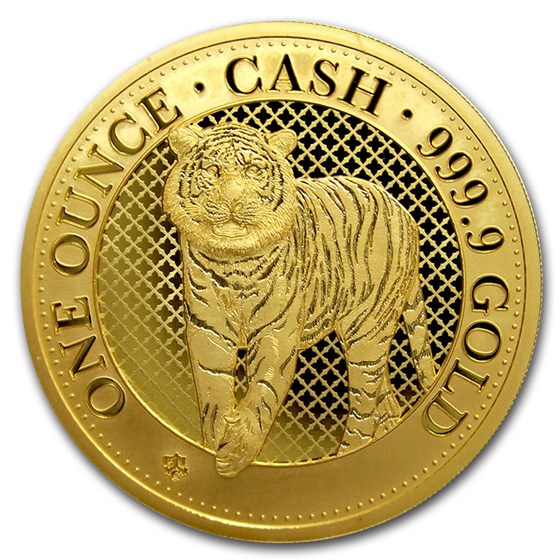 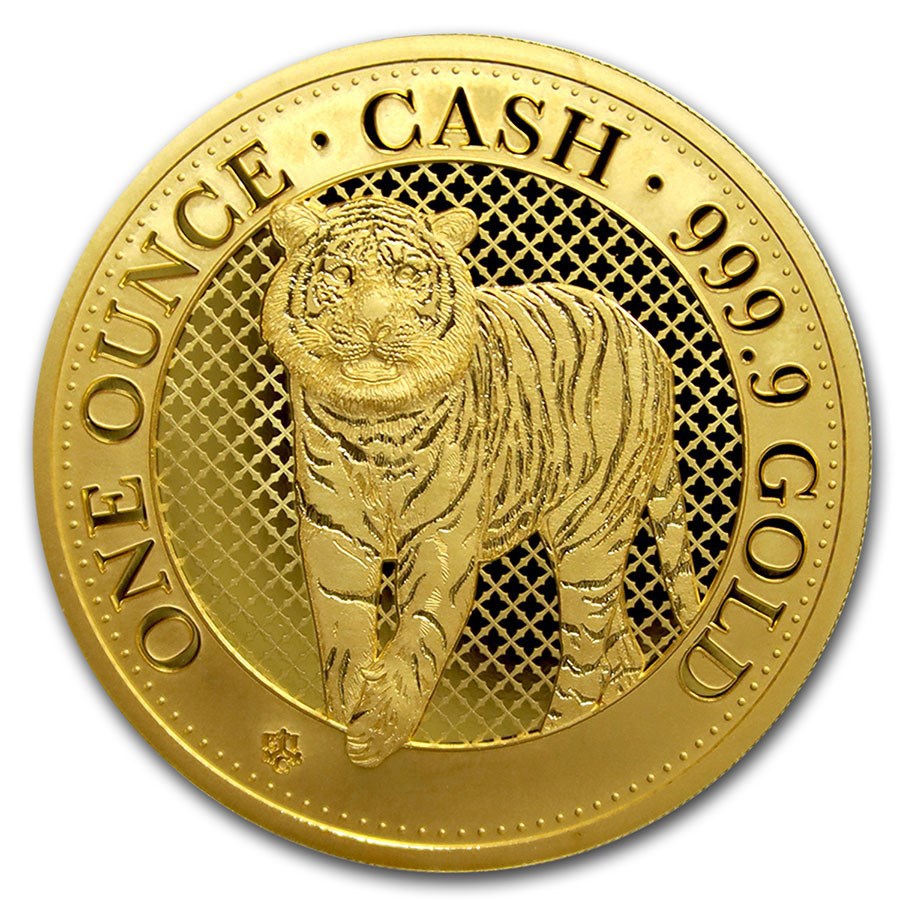 Your purchase will match the quality of the product shown.
Product Details
Product Details
The Cash Indian Wildlife series continues with a .9999 fine Gold version of the popular Silver Tiger released in 2019. There is an extremely limited mintage of 100 only, and each is accompanied with a numbered certificate and a display box.

The detailed engraving of the tiger, with the raised relief allows the design to stand out against a striking patterned background. With a limited number of coins available, be sure to be one of the few to own this .9999 fine Gold coin.

Handle your Gold coin with care by adding cotton gloves to your order.

Treasures of India Wildlife Series
With the Bengal Tiger being the national animal of India, it is only fitting to have the majestic animal as the first release of the Treasures of India Wildlife series. The Tiger has symbolized power, bravery and grace for centuries. In the 1970s, the Tiger became the national animal, with the initiation of Project Tiger, to protect the endangered species. Officially known as Panthera-tigris, the tiger is known as the lord of the jungle. The Tiger design on the coin is an original design by Veronica Mackinnon, and captures the elegant beauty of the animal.

The "CASH" denomination shown on the coin is also one of historical significance. CASH coins were currency units used during the time of British rule in India. While the origin of the word "CASH" has been up to debate, one thought is that it was derived from the Sanskrit word "karsa", equaling a weight of Silver or Gold equal to 1/400 of a "tola".

St. Helena India Wildlife Tiger, 1 Ounce gold is a perfectly produced piece. Thanks, APMEX once again for providing an exceptional product. Pleasantly surprised at the actual size (diameter) of this gold coin. Well packaged, and one that I will be keeping for a long time. With what appeared to be a limited number available through APMEX, I jumped on this one quickly. Glad I did. Not sure if they sold out, or just waiting for more to arrive (out of the 100 produced).