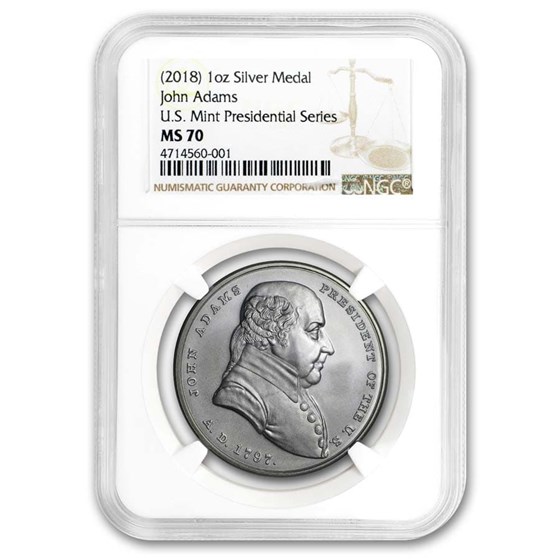 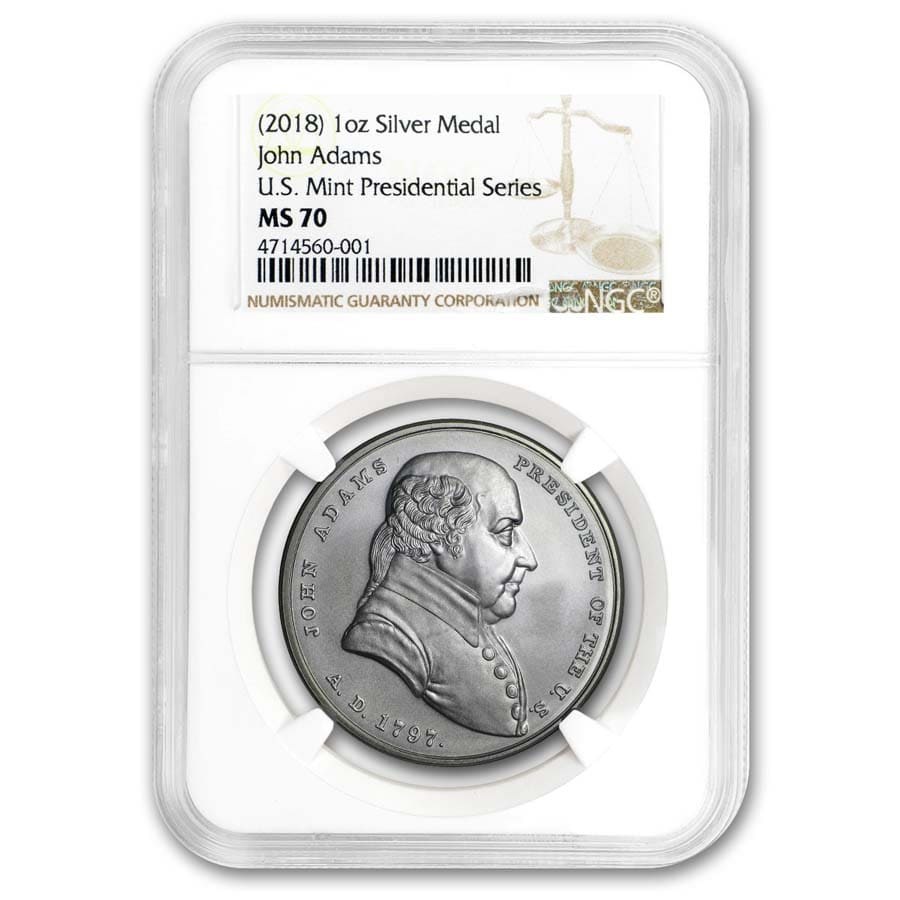 Your purchase is guaranteed to match the quality of the product shown. It will not be this exact item.
Product Details
Product Details
This U.S. Mint Presidential Silver medal contains 1 oz of .999 fine Silver and is part of a new collection of Silver Medals commemorating various Presidents of The United States of America. This medal is certified MS-70 by NGC.

The is the first issue of the Presidential Silver Medals program provided by The United States Mint. This Silver Medal honors John Adams, our second President of the United States of America. Adams succeeded George Washington after his service as Vice President to Washington. Before his election as President, Adams was a leading member of the Continental Congress, was elemental in drafting the Declaration of Independence, and was revered as a prominent political author.