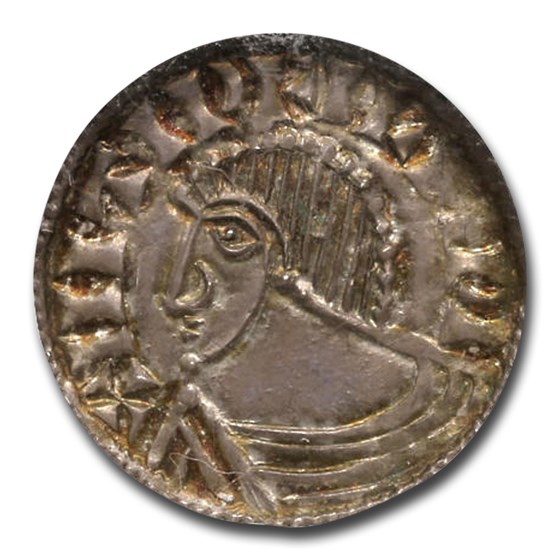 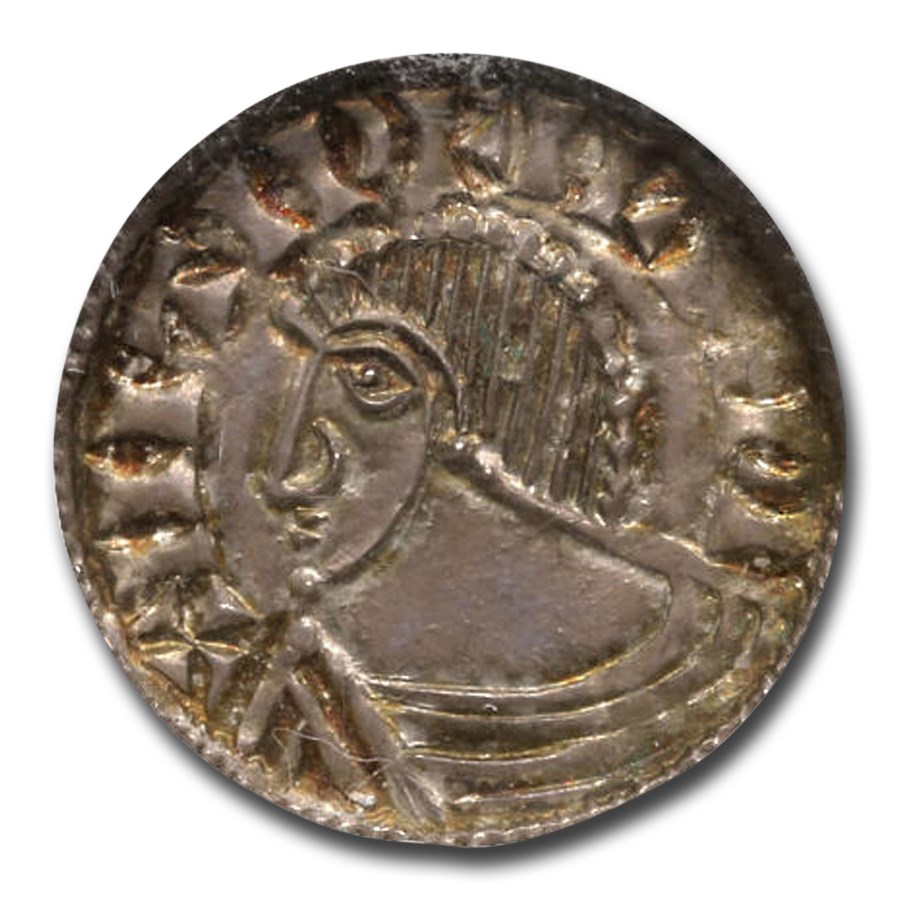 Your purchase will match the quality of the product shown.
Product Details
Product Details
The Vikings would often strike imitative issues of the coins that were stolen from the English Kings. This piece, imitating an issue of Aethelred II, is a great piece of Norse history!