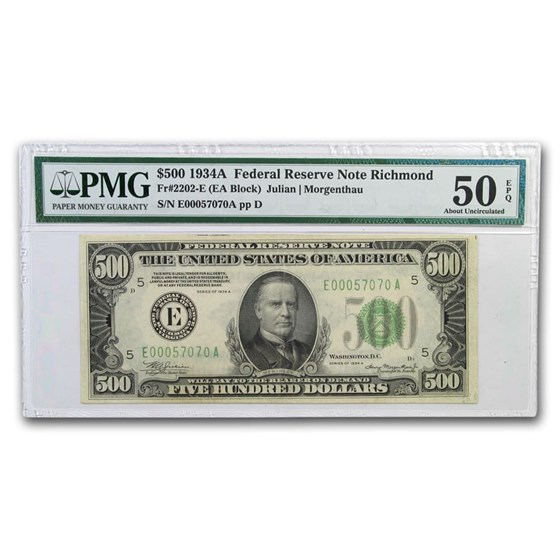 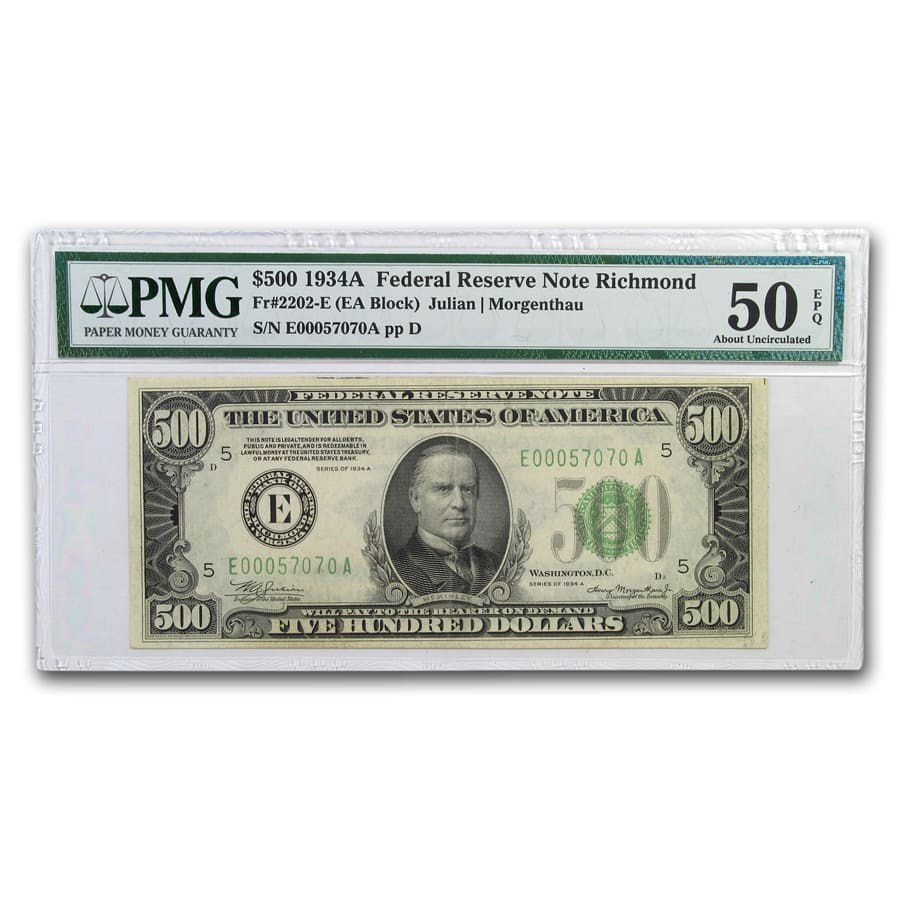 Product Details
Product Details
These $500 Federal Reserve Notes are from the 1934-A series issued by the Richmond district. Notes in this grade are exceptionally difficult to obtain regardless of district, which further adds to its rarity.