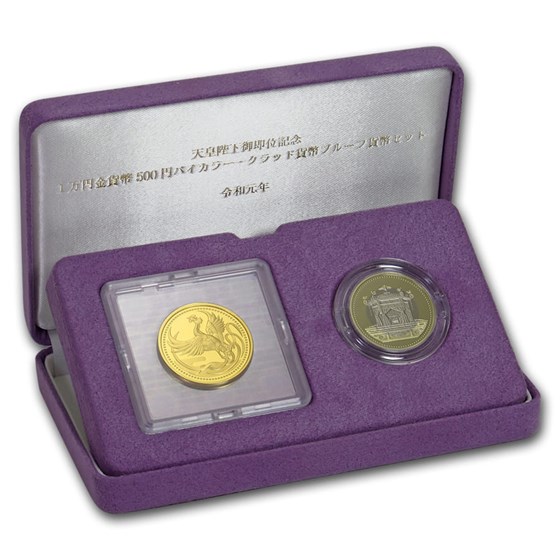 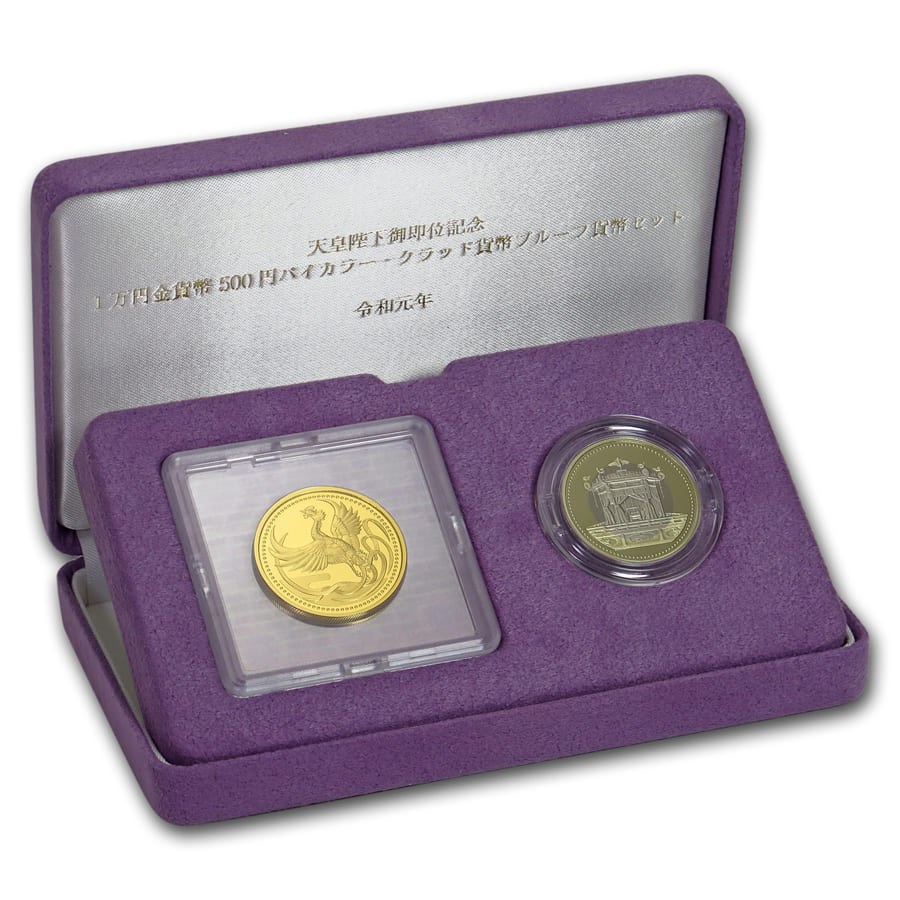 In 2019, Naruhito, whose name means "a man who will acquire heavenly virtues", became the 126th emperor of Japan. Naruhito is the latest in a line of Emperors stretching back over 1,400 years.

Coin Highlights:
The Japan Mint communicated an extraordinary high demand of the commemorative issues of the new Emperor on the domestic Japanese market.

Don't miss the opportunity to own one of these beautiful and sought after 2-coin sets commemorating the enthronement of a new Emperor. Add this 2 Coin Set to your cart today!

The abdication for the previous Emperor took place on 30 April 2019 and his son, His Imperial Highness, the Crown Prince Naruhito immediately succeeded the Chrysanthemum Throne on 1 May 2019.