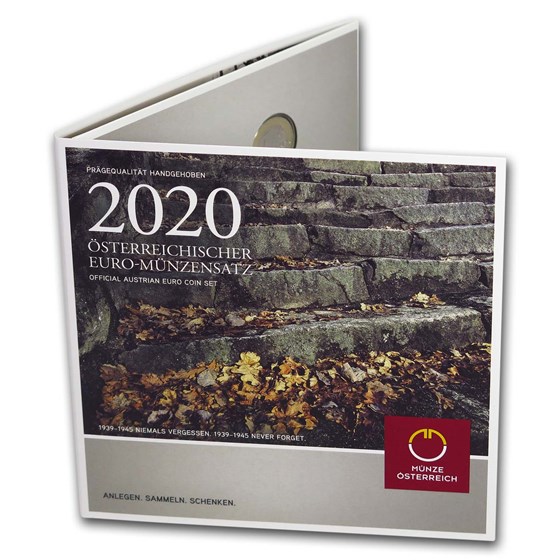 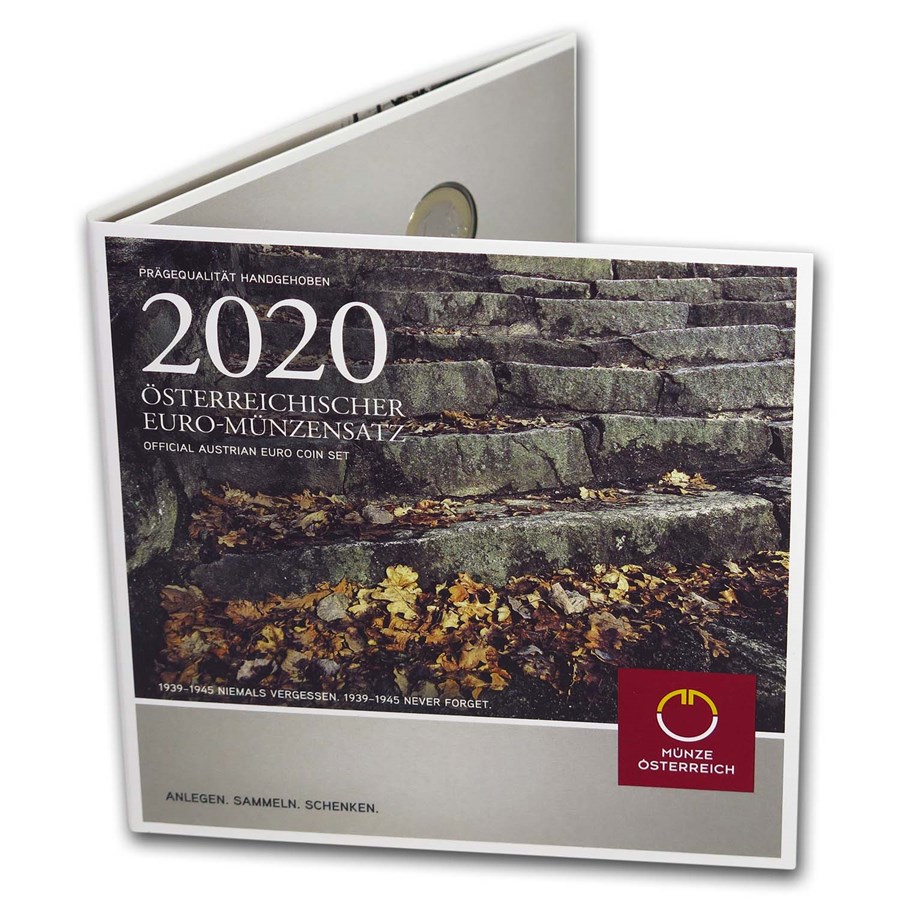 Product Details
Product Details
The 2020 Austrian Euro Coin Set celebrates the 75th anniversary of the liberation of the concentration camps and the end of the Second World War in 1945. This complete set comprises each of the Proof quality euro and cent coins in circulation.

During the Holocaust millions of our fellow citizens were persecuted, abducted and murdered for racist and anti-Semitic reasons. The cover of the Official Austrian Euro Coin Set 2020 shows the granite ‘Stairs of Death’ at Mauthausen concentration camp, a chilling reminder of the systematic, state-organized massacre of the Jews, which employed industrial methods in an attempt to exterminate the entire Jewish people.

Proof quality coins are the fruit of the most advanced minting know-how, technology and craftsmanship. Only after 22 high-precision procedures is the die used to strike the first coin, which is then subjected to the most rigorous technical demands. The resulting polished and frosted surfaces of the coin create an artistic interplay that makes for a unique numismatic experience.