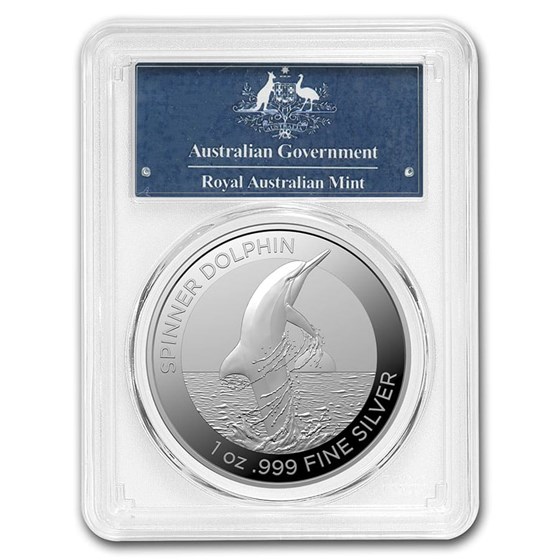 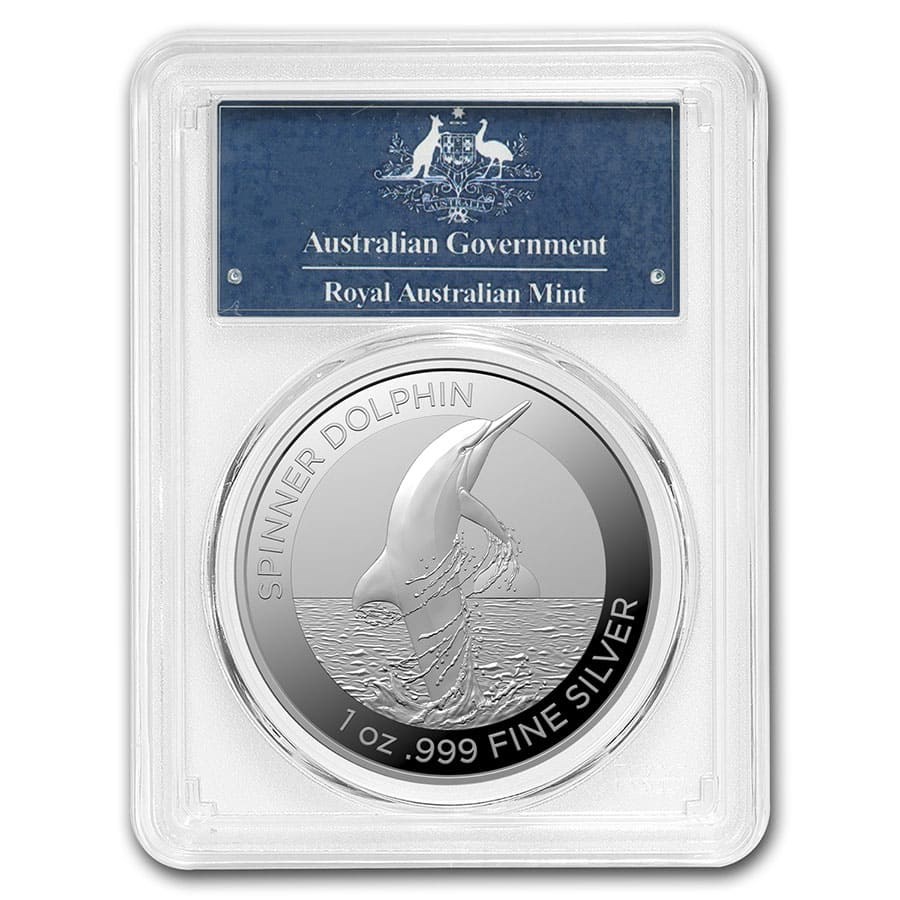 Product Details
Product Details
This low mintage APMEXclusive® coin has even less coins in this exclusive, PCGS certified packaging, grading the coin a near perfect MS-69. The coin is also designated as FirstStrike®, adding to its collectible appeal.

The intricate detail of the Spinner Dolphin shines in this low mintage Brilliant Uncirculated coin from Australia. With a low, limited mintage, these coins are expected to sell quickly! Don't miss your opportunity to add the near perfect MS-69 2020 1 oz Silver Dolphin coin to your cart today!

In various cultures, the Dolphin symbolizes happiness, power and protection. The Spinner dolphin, sometimes called the long-snouted dolphin, is famous for its acrobatic displays as it leaps out of the water. The dolphin can spin multiple times in one leap, and scientists believe the mammal uses this to communicate, as well as remove small fish that may latch on. These dolphins have been recorded to fully spin seven times during a single leap, and create huge splashes when they land back in the water.

The Royal Australian Mint is known for minting superb quality Gold and Silver coins, with limited mintages. Their popular Domed Proof coin series have quickly sold out at the Mint, increasing the collectibility of the series. This Gold and Silver Dolphin Brilliant Uncirculated series brings the same approach the Mint has on their Proof coins to the Dolphin bullion series.