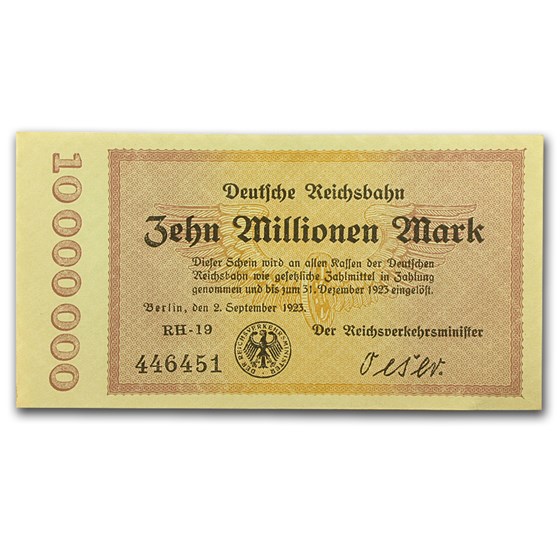 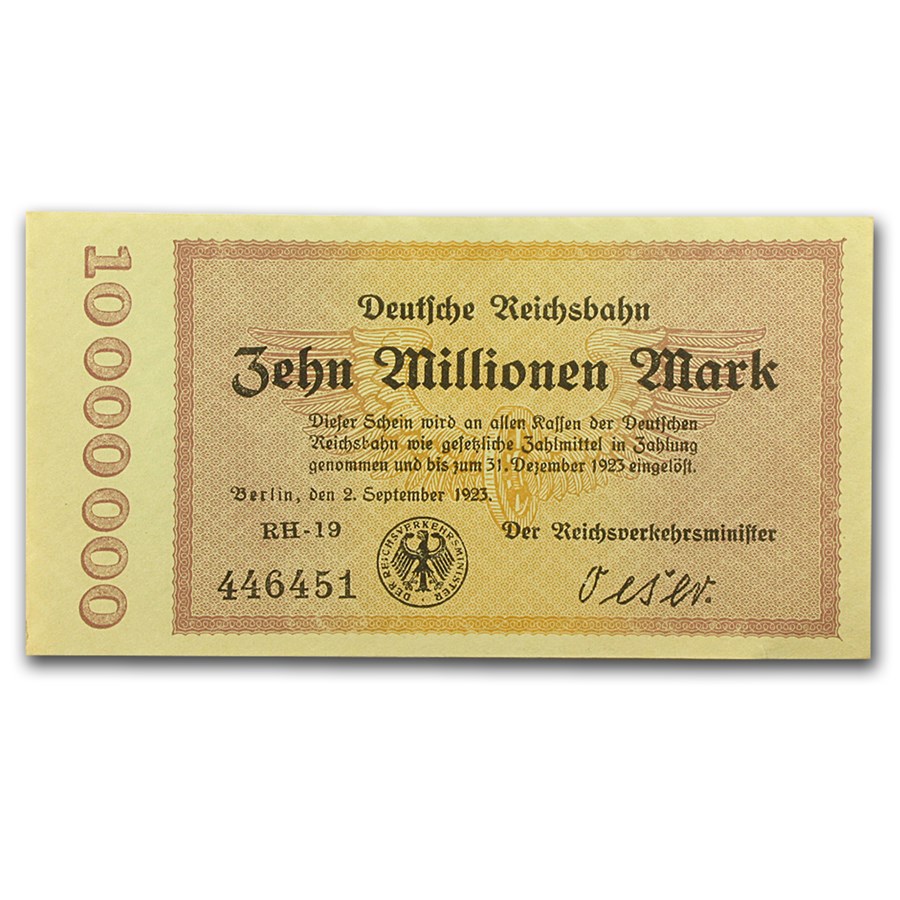 Your purchase will match the quality of the product shown.
Product Details
Product Details
German Weimar Republic 1920s hyperinflation currency! This note has a face value of Ten Million Marks.

Note Highlights:
These notes make great gifts or starter notes for the beginning World paper money collector. Add one of these hyperinflation notes to your cart today!

These German banknotes are from the 1920s when hyperinflation caused by World War One reparations imposed by the Versailles Treaty crippled the country's economy. By the end of 1923, the U.S. Dollar was worth more than 4 Trillion German Marks! These notes are relatively common, but are highly sought after by collectors.

I purchased this note as a subtle-reminder that FIAT currency can fail and that having a source like APMEX to help you secure a safer-fututre is a good thing.