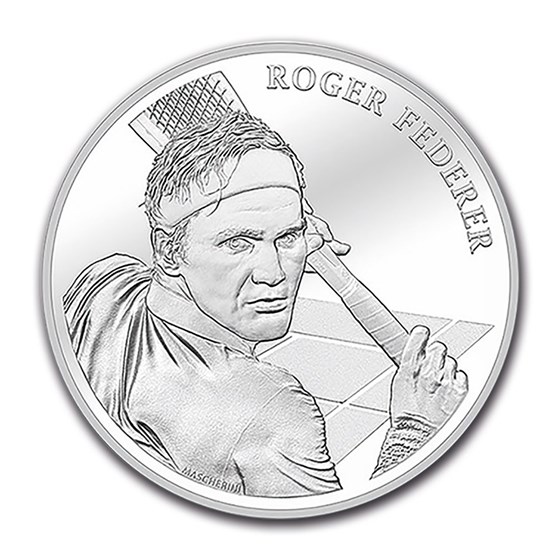 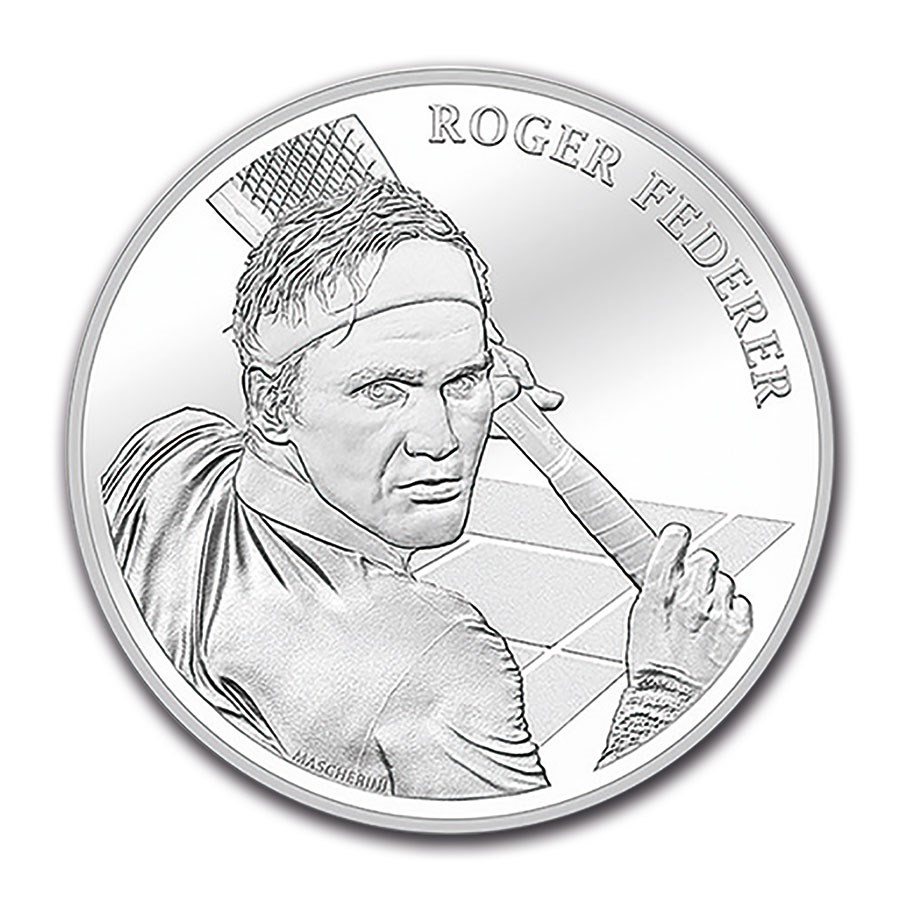 Product Details
Product Details
In 2020 the Swiss Mint is releasing a limited mintage Roger Federer coin to commemorate one of the greatest athletes of all time. The mint has issued a final offering of the coin due to popular demand!

Federer is the winner of 20 Grand Slam singles titles, the most in history by any male player. Other achievements include a record eight Wimbledon titles, six Australian Open titles, five US Open titles, and one French Open title. The national icon of the Swiss sports world, born in Basel and raised along the French and German borders, is the first living person to be honored on Swiss currency.

From a tennis fan

The perfect collectible for any tennis fan (I'm one). Brand new coin with beautiful design. I will recommend this to any RF fanatic or. just for the pure idea of collecting impecable coins.

Roger Federer's coin design is beautiful, suggesting an artistic move of swing in tennis. In addition, APMEX did a prompt and professional mail service. Thank you.