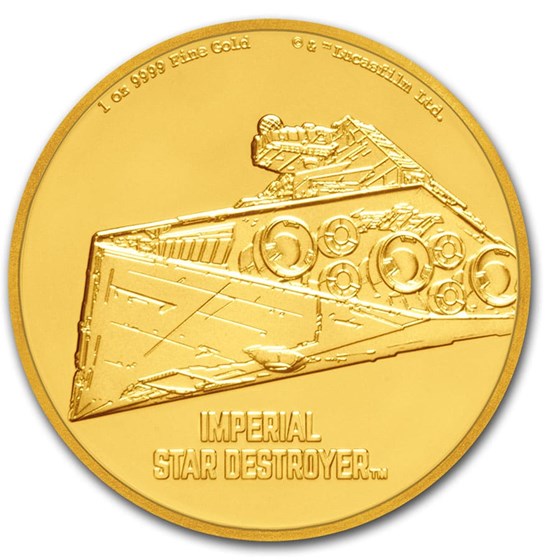 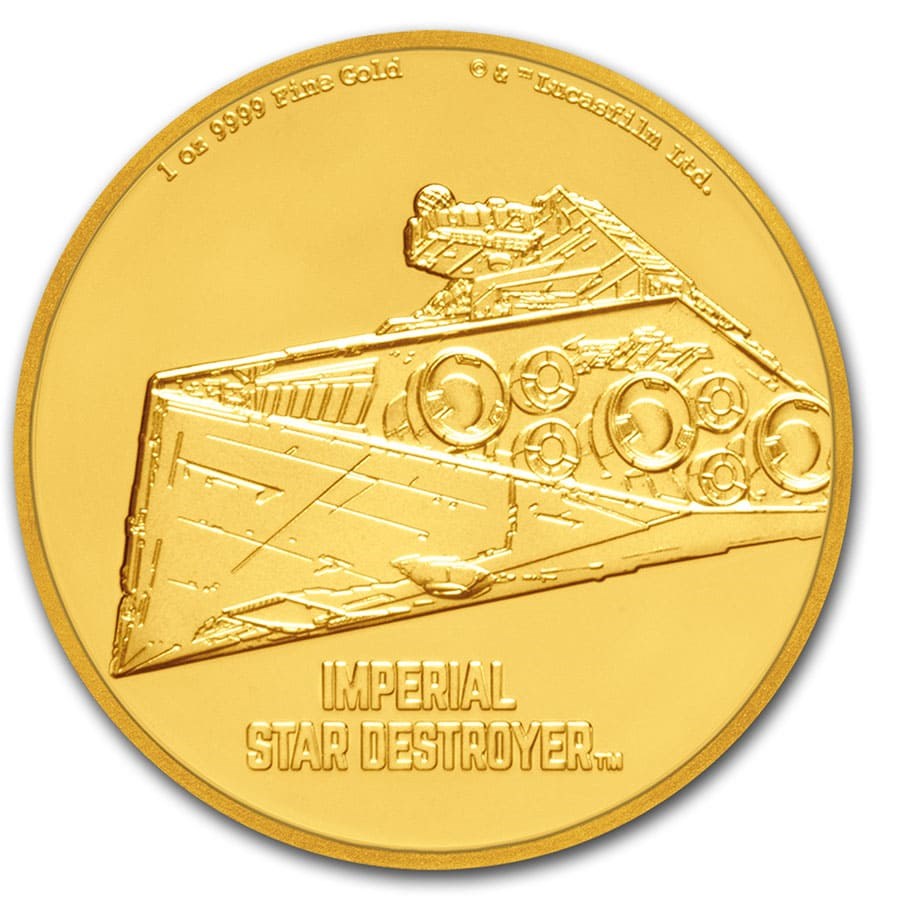 Product Details
Product Details
This officially licensed STAR WARS 1 oz Gold coin features the infamous Star Destroyer and has a micro-mintage of only 50! Also included is a display case and a numbered certificate of authenticity.

Unique micro-mintage which will be available to only a few collectors worldwide. The new Star Wars™ Ships series from the New Zealand Mint starts with one of the most famous starships from the legendary STAR WARS™ saga - the Star Destroyer™. The Imperial Star Destroyer is the backbone of the powerful Imperial starfleet. It is shown in magnificent detail on the obverse and on the reverse the portrait of Her Majesty Queen Elizabeth II.