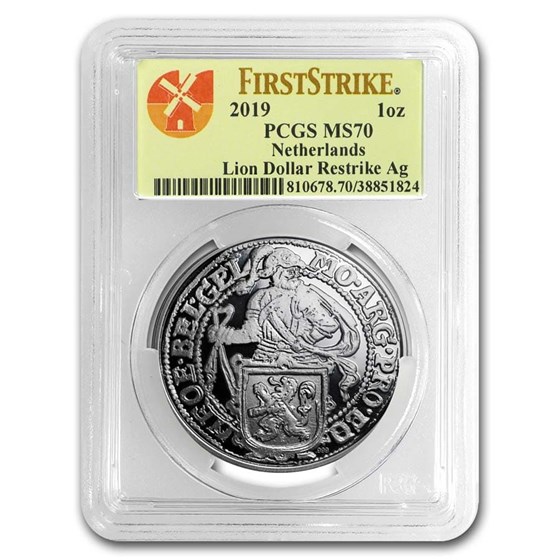 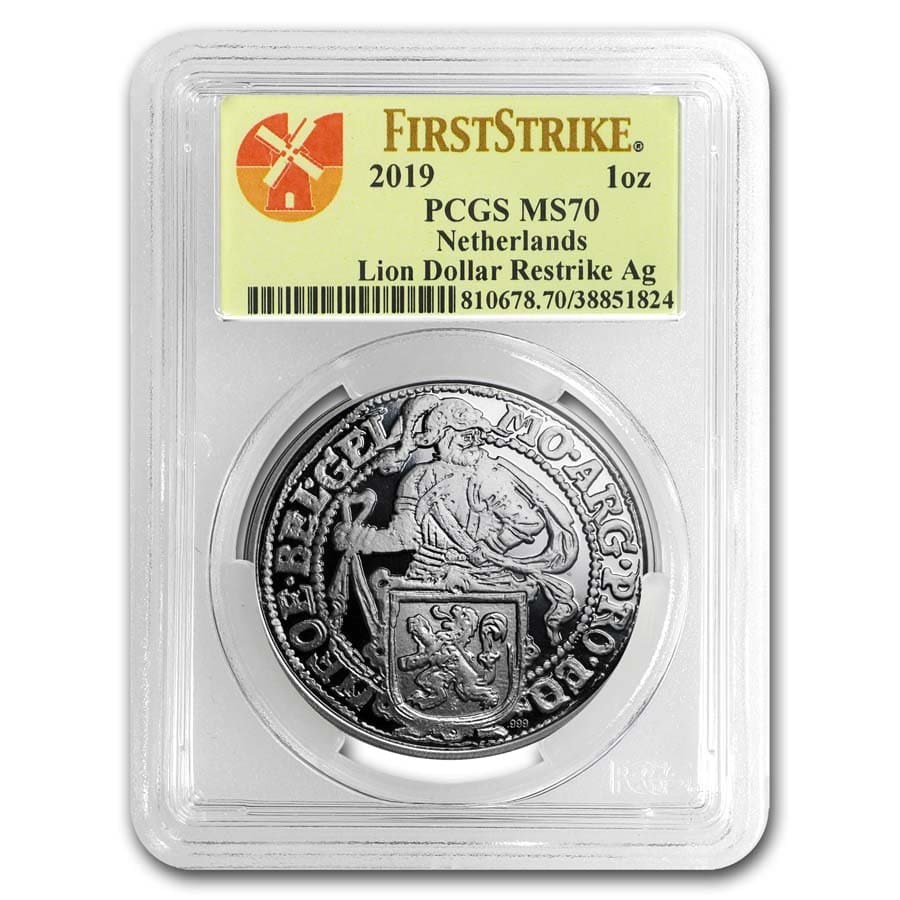 Your purchase is guaranteed to match the quality of the product shown. It will not be this exact item.
Product Details
Product Details
APMEXclusive® With a history of more than 400 years, the Royal Dutch Mint presents a 1 oz Brilliant Uncirculated Lion Dollar restrike with a limited mintage of 15,000 coins worldwide.

In addition to these coins being an APMEXclusive®, we have partnered with PCGS to create a custom label made specifically for this coin. The design of the label pays homage to Netherlands with iconic images featuring a windmill and a multicolored tulip with a modern and up-to-date touch.

After a year of hiatus, APMEX is proud to bring back the highly anticipated and long overdue 2019 Netherlands 1 oz Silver Lion Dollar Restrike Coin. Lowest mintage in the series, which further adds to the collectibility and appeal of this beautiful restrike coin.

This Silver BU restrike is loved around the world for its 1 oz metal content and classic design. Add the 2019 Silver Lion Dollar Restrike to your cart today!