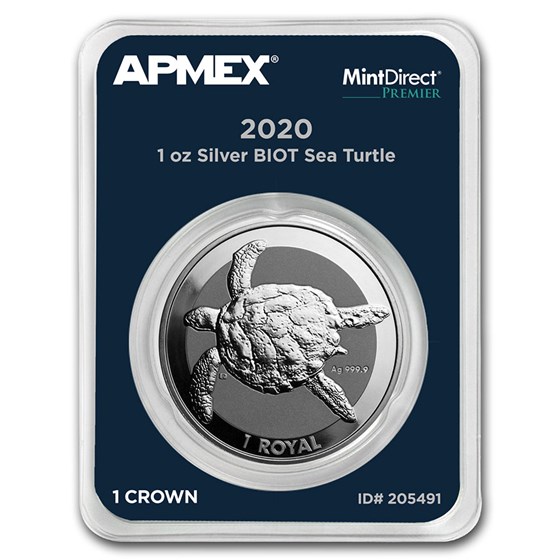 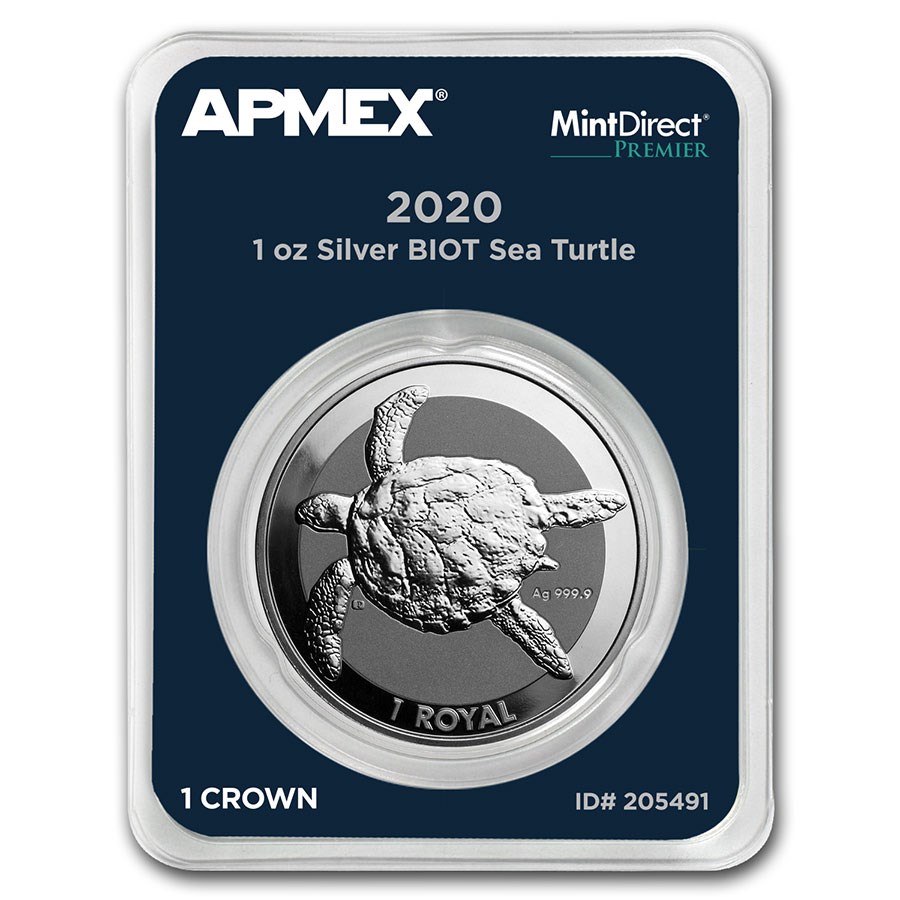 Your purchase is guaranteed to match the quality of the product shown. It will not be this exact item.
Product Details
Product Details
New for 2020 comes to you this APMEXclusive® 1 oz .999 fine Silver coin which is the first bullion coin ever minted on behalf the British Indian Ocean Territory (BIOT). Each coin features a sea turtle swimming in its natural habitat.

First bullion coin ever minted on behalf the British Indian Ocean Territory (BIOT). Extremely limited mintage coin of only 10,000 coins worldwide that features breathtaking details of a sea turtle swimming along in its natural habitat.

The British Indian Ocean Territory (BIOT) is an overseas territory of the United Kingdom situated in the Indian Ocean halfway between Tanzania and Indonesia, and directly south of the Maldives. The territory comprises the seven atolls of the Chagos Archipelago with over 1,000 individual islands – many of which are very small.

The British Indian Ocean Territory (BIOT) plays a crucial role as a foraging ground for immature sea turtles that feed in the shallow lagoons. Ongoing conservation work has shown that the sea turtles remain in these environments for many years before they travel back to their natal nesting areas to breed as adults.