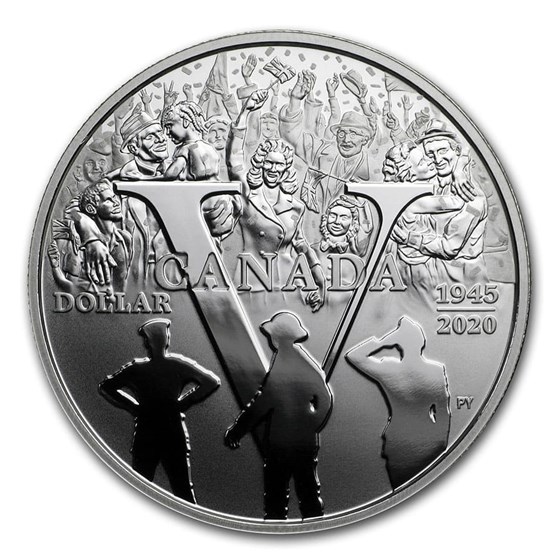 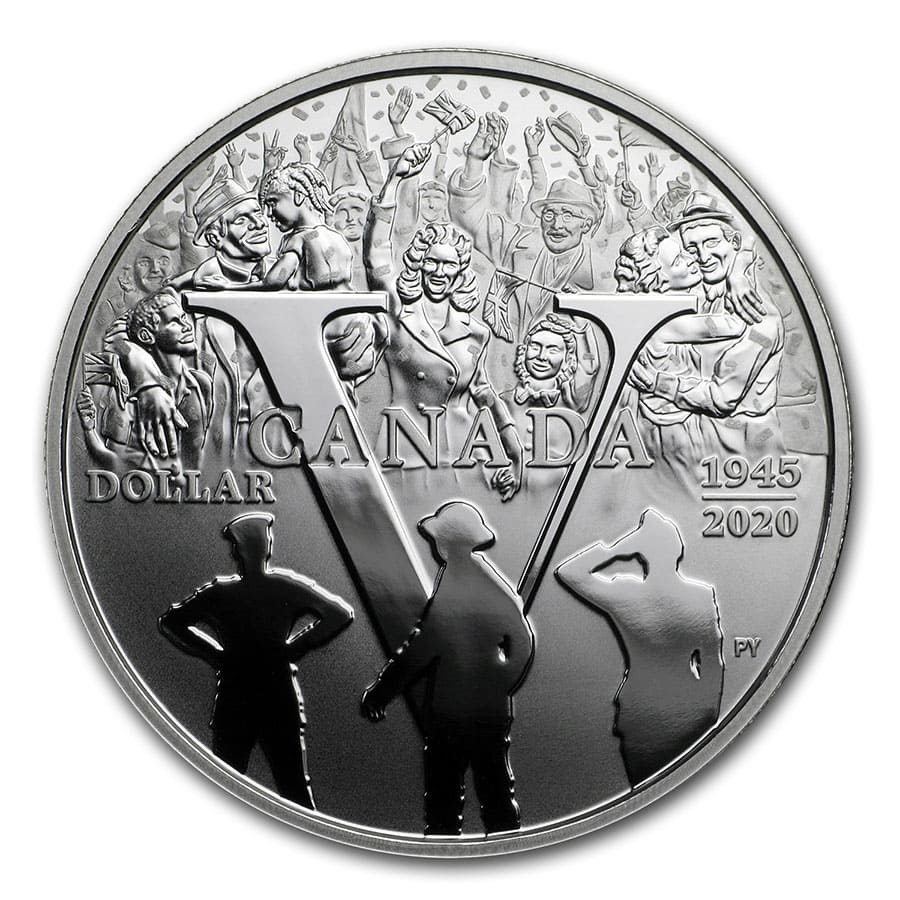 The end is the beginning: Your proof dollar is the starting point for a historical journey that spans several coins in 2020. It is the story of Canada leading up to V-E Day, of a nation’s contributions and its reaction to the end of the Second World War in Europe.

Add this 2020 Silver Dollar commemorating the Anniversary of V-E Day to your cart today!