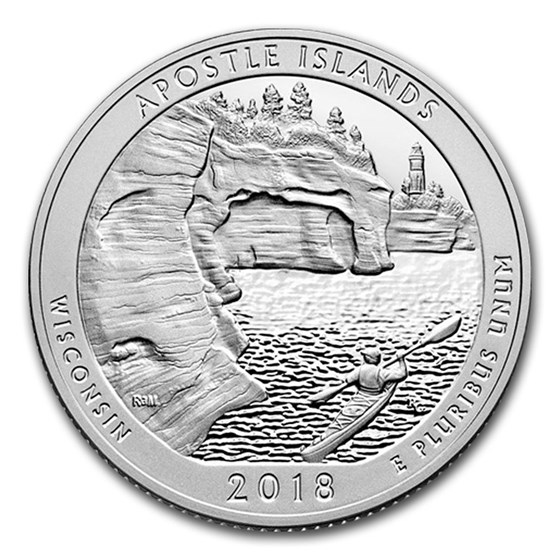 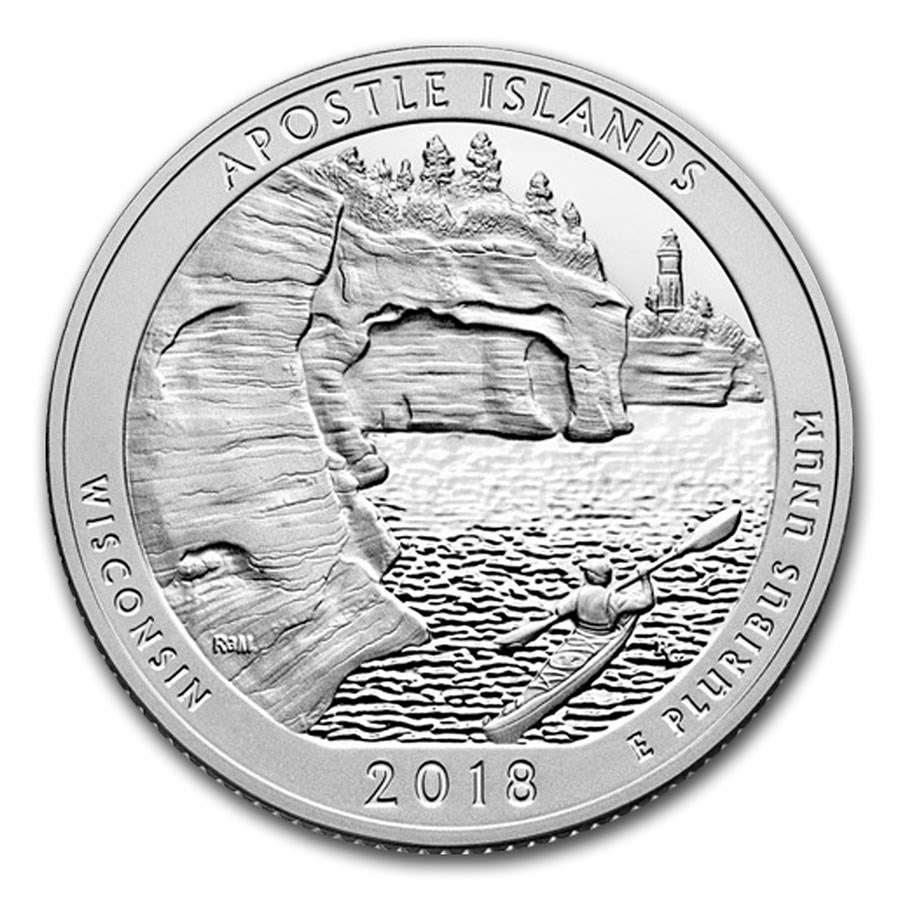 Product Details
Product Details
Apostle Islands National Lakeshore Park, Wisconsin consists of 21 islands along the cold and rough waters of Lake Superior. This coin is the second release of 2018 in the U.S. Mint's popular America the Beautiful series.

This coin commemorates Apostle Islands National Lakeshore Park in Wisconsin. This release is number 42 of 56 coins.

The America the Beautiful series will include 56 coins.