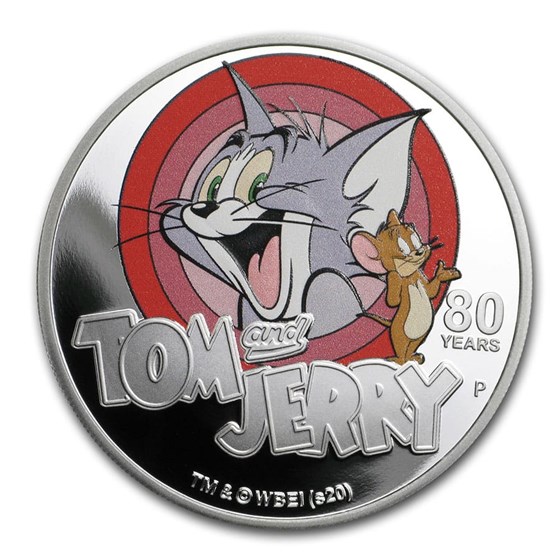 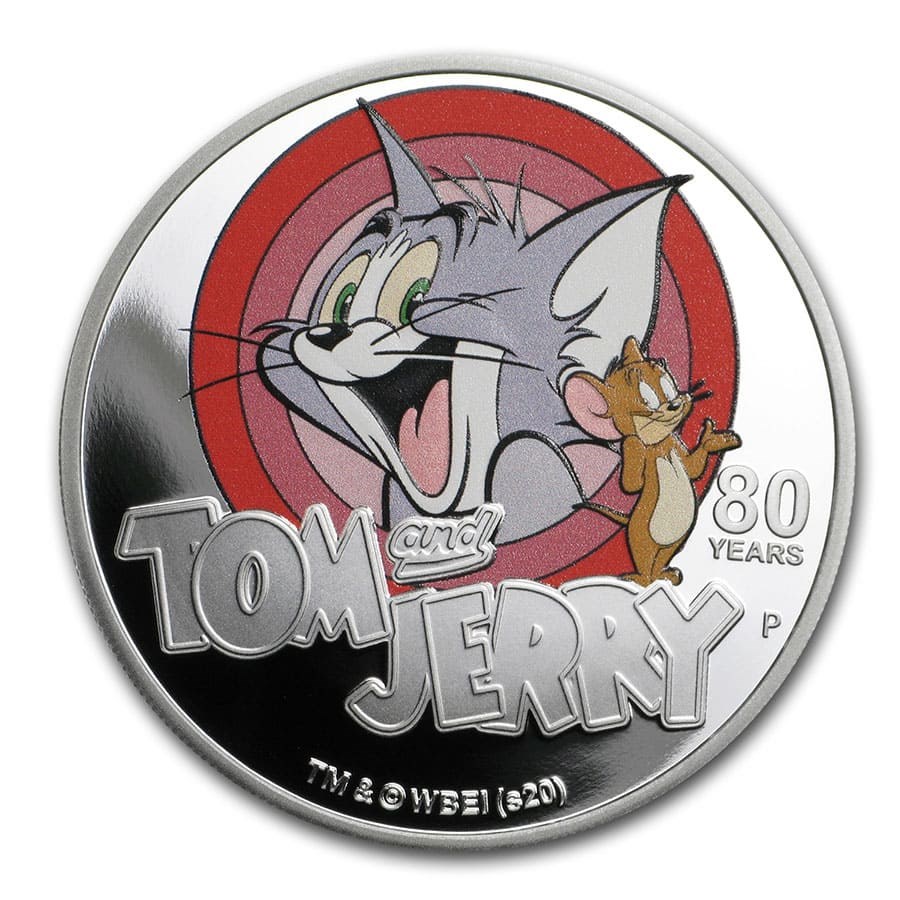 Iconic rivals TOM and JERRY were created in 1940 by William Hanna and Joseph Barbera. First appearing in the Metro Goldwyn Mayer (MGM) one-shot cartoon Puss Gets the Boot, the cat-and-mouse duo were introduced with their current names in the follow-up 1941 short, The Midnight Snack. In each cartoon, Tom the cat would be thwarted in his increasingly rambunctious attempts to catch Jerry the mouse

With this coin, you get an incredible collector's piece that's part of a set perfect for any Tom and Jerry fan! Add this 2020 Silver Tom and Jerry 80th Anniversary coin to your cart today!

The popularity of the animation was such that by 1958 TOM and JERRY had appeared in 114 theatrical short films produced by Hanna and Barbera and won seven Oscar awards. A further 13 Tom and Jerry shorts were directed by Gene Deitch for Rembrandt Films from 1961 to 1962. Chuck Jones, an acclaimed Looney Tunes director, produced an additional 34 shorts with Sib Tower 12 Productions between 1963 and 1967, and three more stand-alone productions were released from 2001 to 2014, making a total of 164 shorts. A number of spin-off television shows have been created including The Tom and Jerry Show (1975–77) and Tom and Jerry Kids (1990–93), which reunited the beloved characters with Hanna and Barbera, and several feature films. Owned by Warner Bros. since 2006, TOM and JERRY continue to delight in The Tom and Jerry Show (2014–present).

TOM AND JERRY and all related characters and elements © & ™ Turner Entertainment Co. (s20)