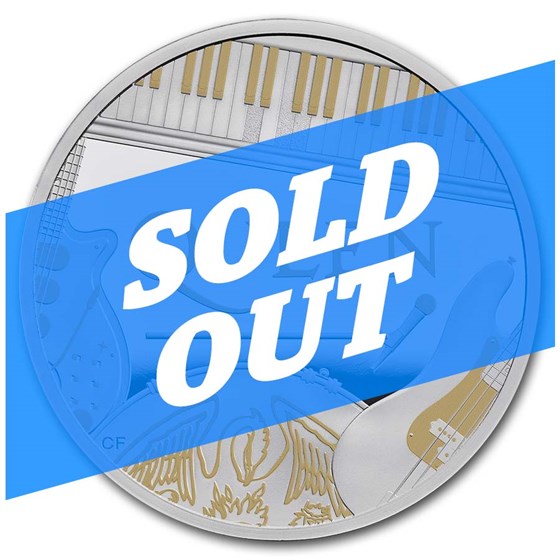 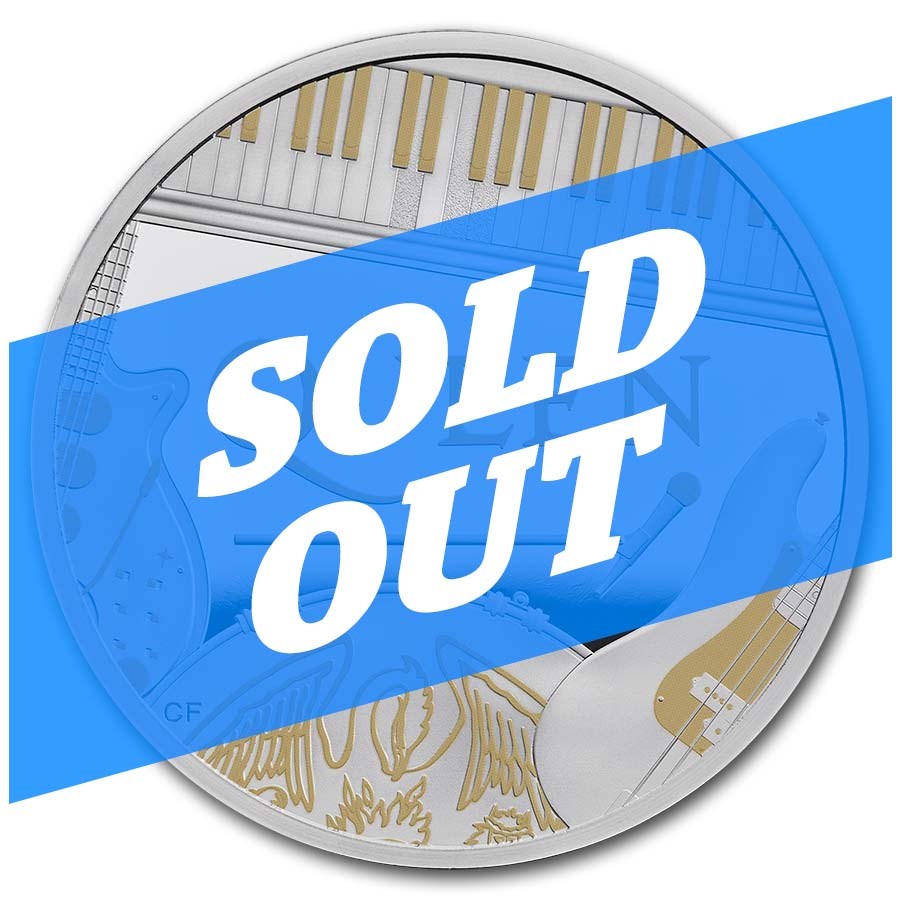 $1,643.70
Any Quantity
Product Details
Product Details
This new series from The Royal Mint celebrates British Music Legends. The first release for 2020 features the iconic rock band, Queen, with a design approved by Roger Taylor and Brian May. There is a limited edition presentation of 7,500 available.