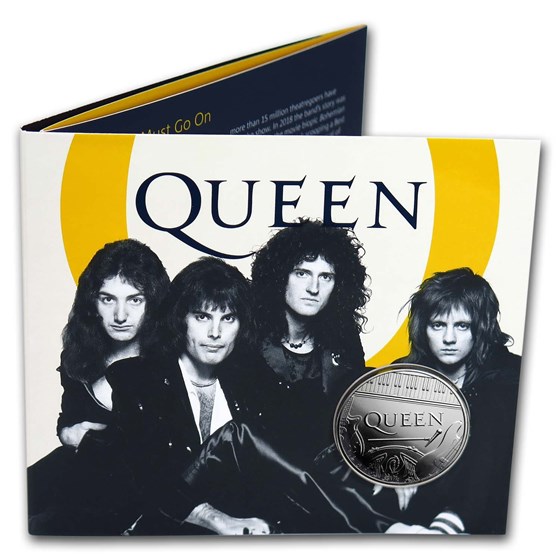 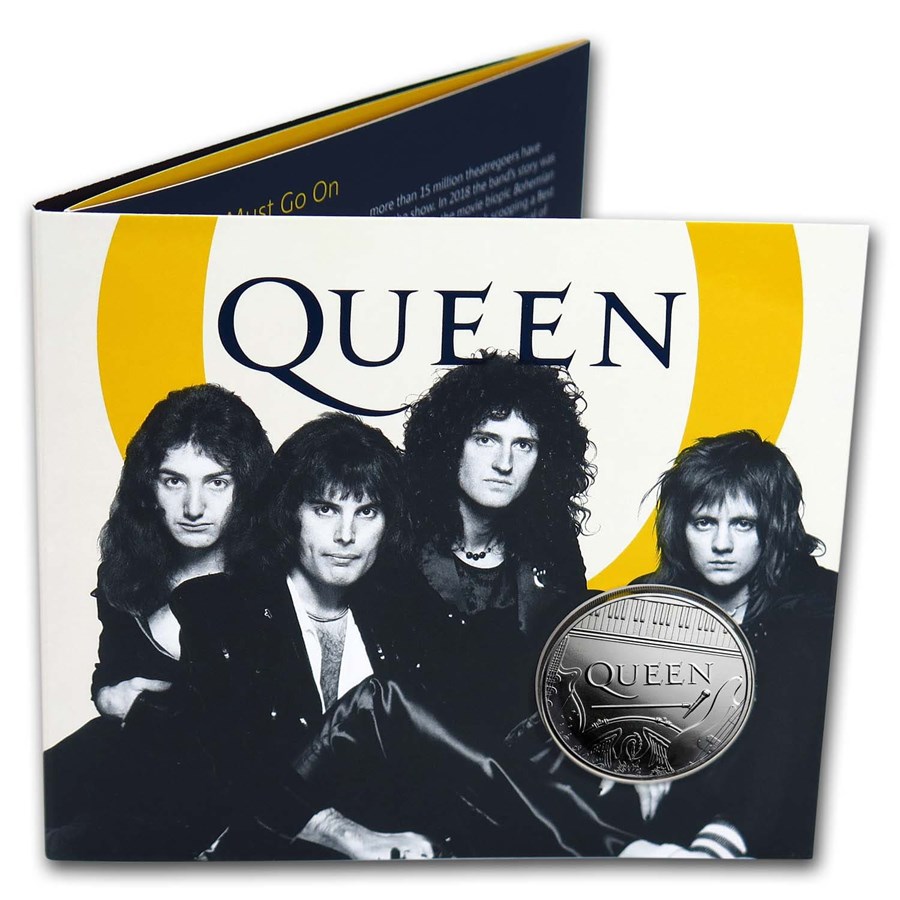 Your purchase is guaranteed to match the quality of the product shown. It will not be this exact item.
Product Details
Product Details
This new series from The Royal Mint celebrates British Music Legends. The first release for 2020 features the iconic rock band, Queen in a cupro-nickel, Brilliant Uncirculated version.