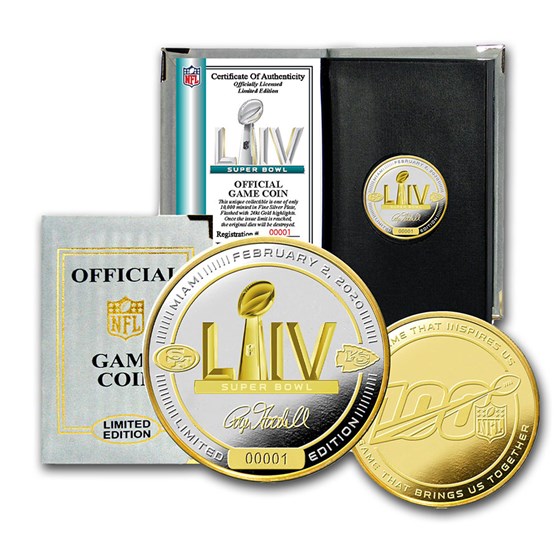 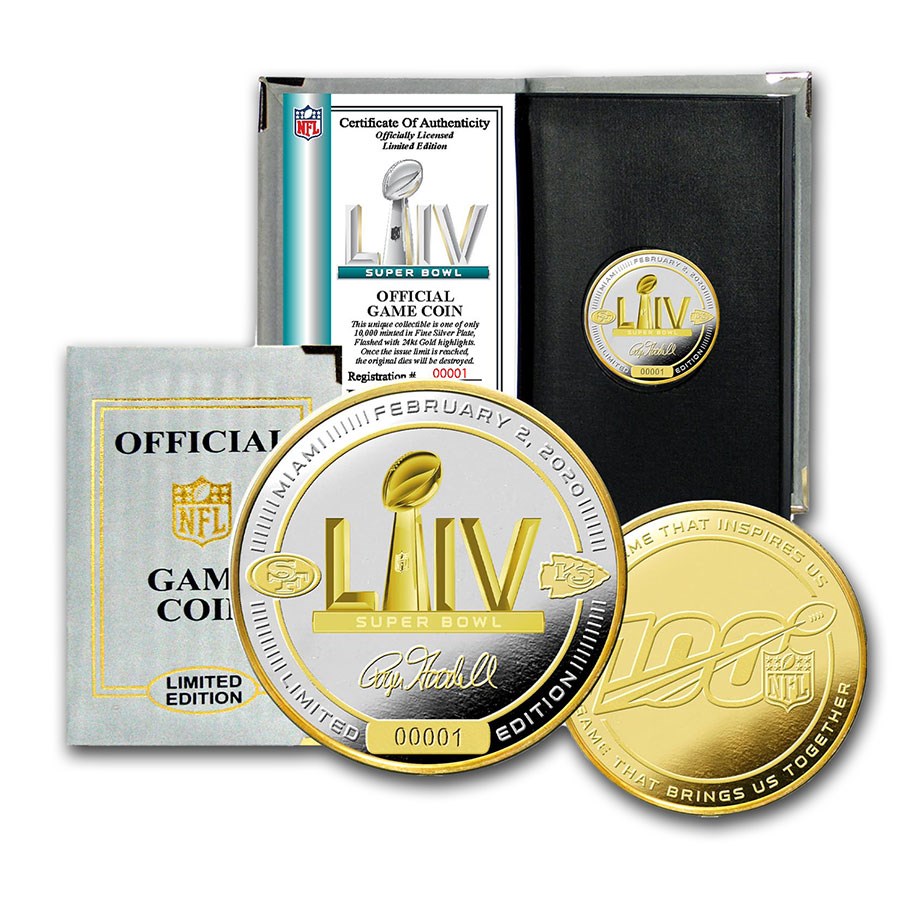 Your purchase is guaranteed to match the quality of the product shown. It will not be this exact item.
Product Details
Product Details
The game doesn't start without this coin! Get ready for Super Bowl LIV with the Official Super Bowl LIV 2-Tone Flip Coin! Each coin is proudly made in the U.S.A., with a limited mintage of 10,000.

Coin number 1 is used as the official flip coin during the Super Bowl coin toss, and subsequent coins are available exclusively for you to add to your collection!