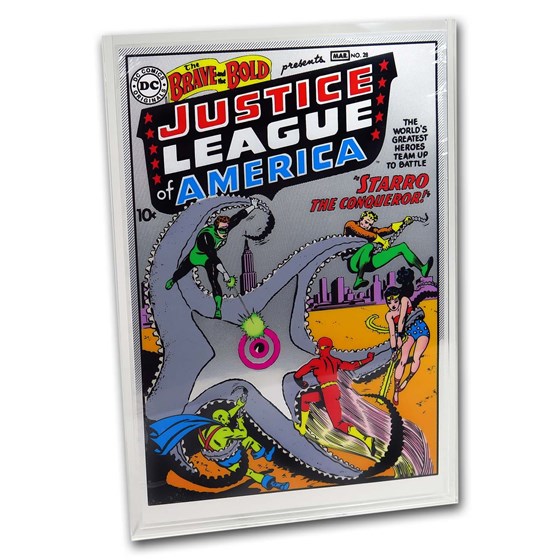 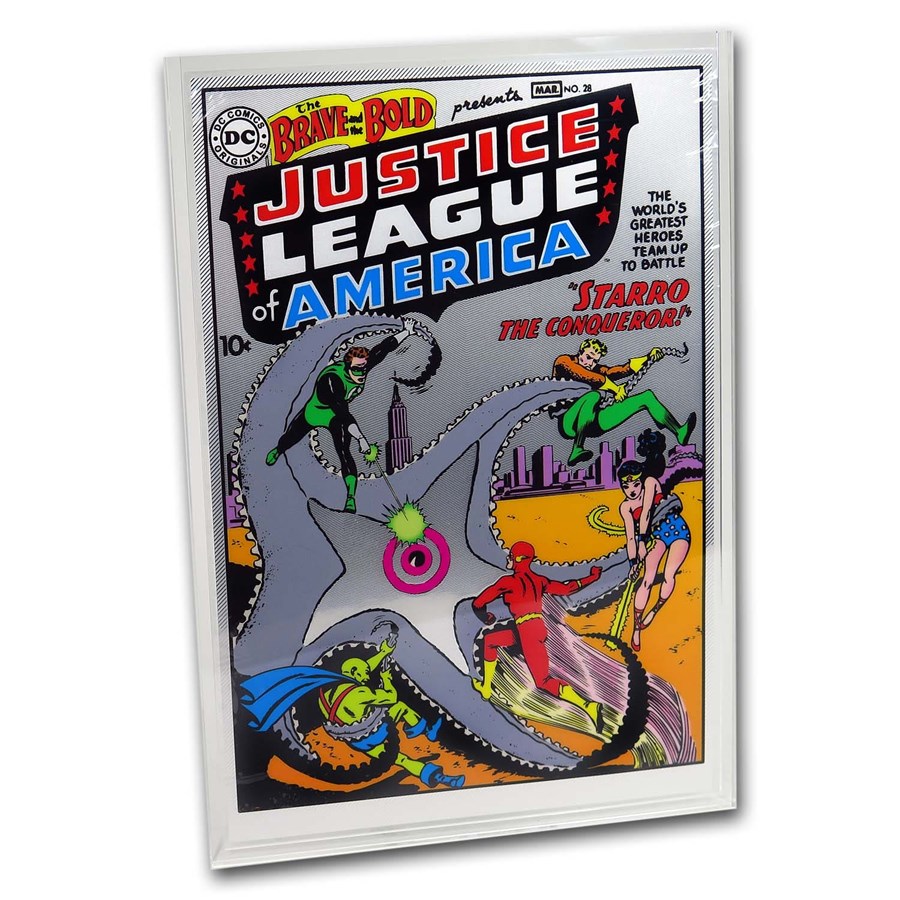 Product Details
Product Details
A dramatic replica version of The Brave and the Bold #28 cover by Mike Sekowsky and Murphy Anderson. This edition from Feb-March 1960 featured the first appearance of the Justice League!

This unique foil features a replica of The Brave and the Bold Comics #28, that featured the first appearance of the Justice League. The 35 grams of Silver adds even more collectibility to this already stunning product.

Note Highlights:
This vintage comic book cover is immortalized in .999 fine Silver, and makes a perfect gift for any DC Comics or superhero fan. Add this 2020 35 gram Silver DC Comics The Bold and the Brave #28 to your cart today!