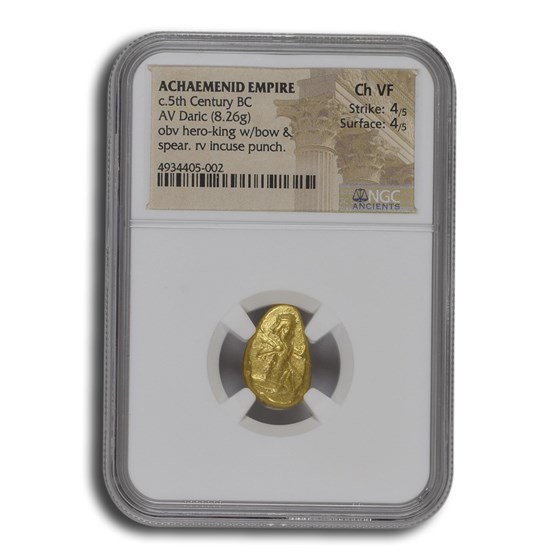 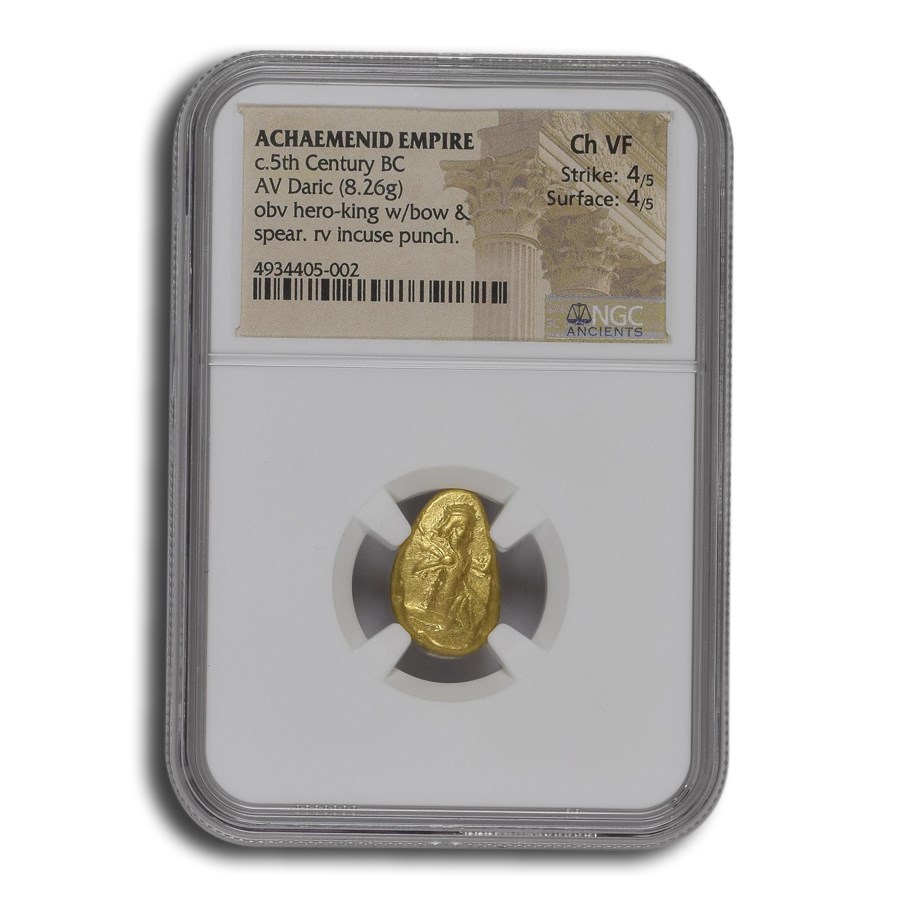 $1,974.29
As Low As
Product Details
Product Details
This Persian Gold Daric was issued in the time of Darius I to Xerxes II. Many of these coins were melted during the conquests of Alexander the Great.

This Gold Daric is more than 2,400 years old and was introduced by Darius the Great of Persia between 522 BC and 486 BC. These were used until the invasion of Alexander the Great in 330 BC. Upon invasion, darics were melted down and re-coined as coins of Alexander, which makes Persian darics quite rare.