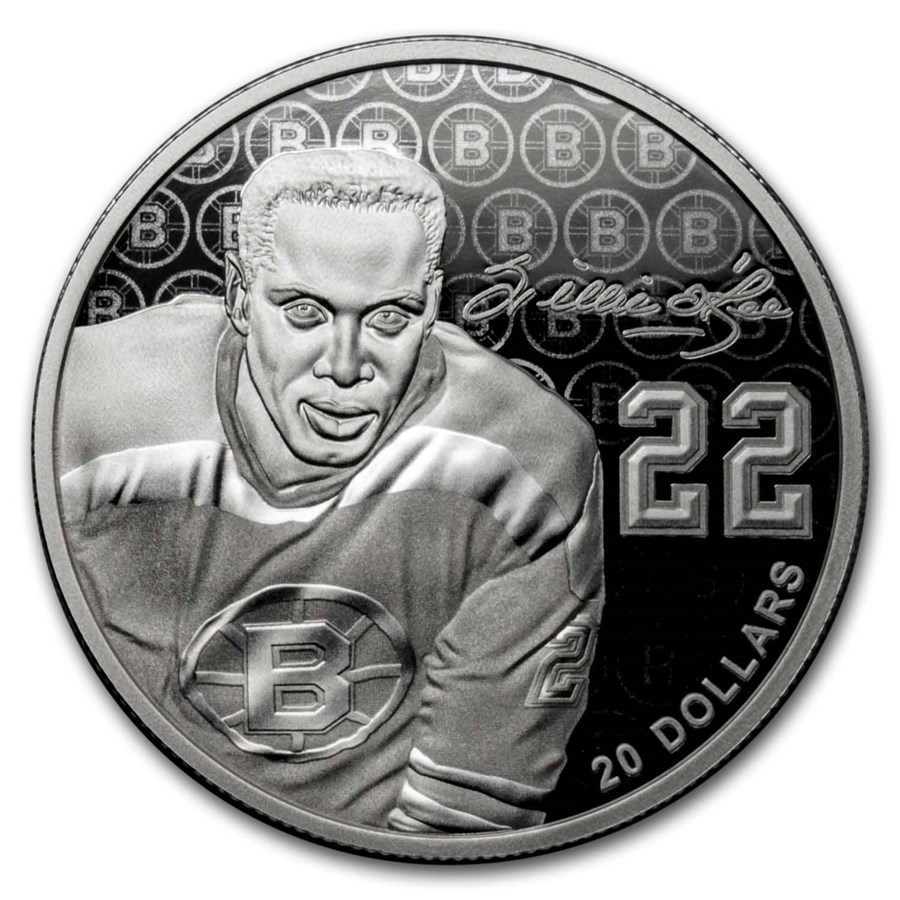 When Willie O’Ree stepped onto the ice on January 18, 1958, he wasn’t just making his National Hockey League® (NHL) debut—he was making history. Celebrate Black History Month with this pure Silver tribute to Canadian-born hockey player Willie O’Ree, who became the first Black player to compete in the NHL. A story of courage and determination, O’Ree had to overcome discrimination and a competitive disadvantage to make his hockey dreams come true in the Original Six era. By breaking the league’s racial barrier, O’Ree’s legacy can’t be found in any scoring stats—it’s in the path he carved for future generations of Black players who left their own imprint on the game.

Your coin honors Willie O’Ree, the first Black player to compete in the NHL Add this commemorative Silver Black History Month coin to your cart today!