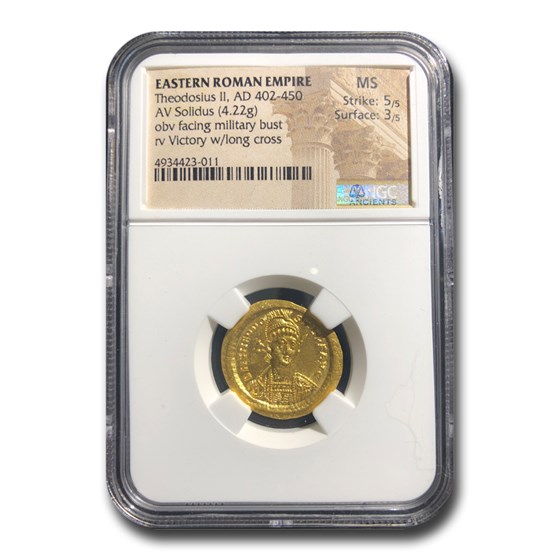 Your purchase will match the quality of the product shown.
Product Details
Product Details
The Portraits of Eastern Roman Emperors may vary from coin to coin. Specifically those minted in Constantinople will have been made by a master diesinker and his apprentices which will show varying forms of relief and styles over time.

Ancient Roman Gold is intriguing to Gold collectors around the world. Add this Eastern Roman Gold Solidus coin to your cart today!