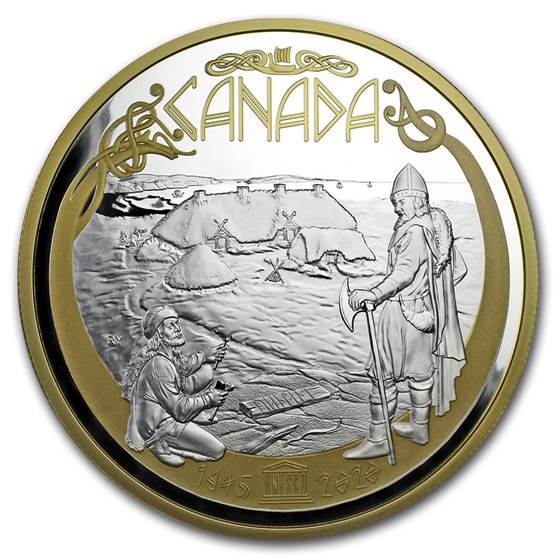 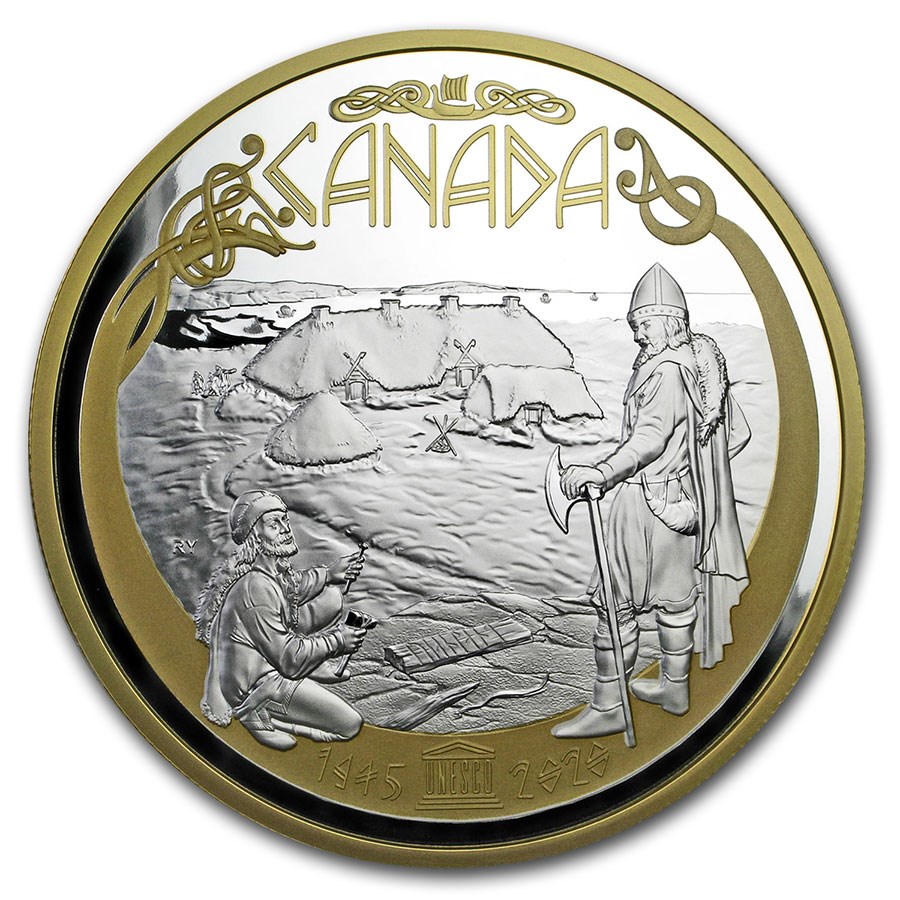 Your purchase will match the quality of the product shown.
Product Details
Product Details
This beautiful Silver coin celebrates L’Anse aux Meadows, Canada’s first UNESCO World Heritage Site. Dive into early Canadian history with a time-travelling design that takes you back 1,000 years ago, when the Vikings briefly settled on our shores.

It all began in 1968 when Norwegian explorer Helge Ingstad and his wife, archaeologist Anne Stine Ingstad, discovered a small bronze cloak pin and the remnants of a Viking encampment on the shores of Epaves Bay. Subsequent excavations, led by Dr. Bengt Schönbäck and Dr. Birgitta Wallace, uncovered hundreds of Norse artefacts and clarified L’Anse aux Meadows’ place in the Vinland sagas. The eight timber-framed turf structures (three dwellings, one iron forge and four workshops) were built in the same 11th century style as those found in Greenland and Iceland. Evidence of activities indicate the location served as a base camp for further exploration south, which seemingly confirmed the journeys described in the Old Norse Sagas. In 1975, the archaeological site was established as a National Historic Site of Canada before being declared the first UNESCO World Heritage Site in 1978.

A perfect tribute to the sailing legends of our past. Add this 1/2 Kilo UNESCO coin to your cart today!