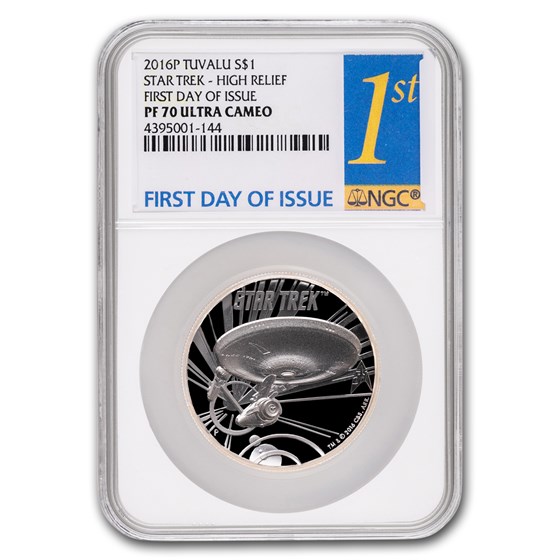 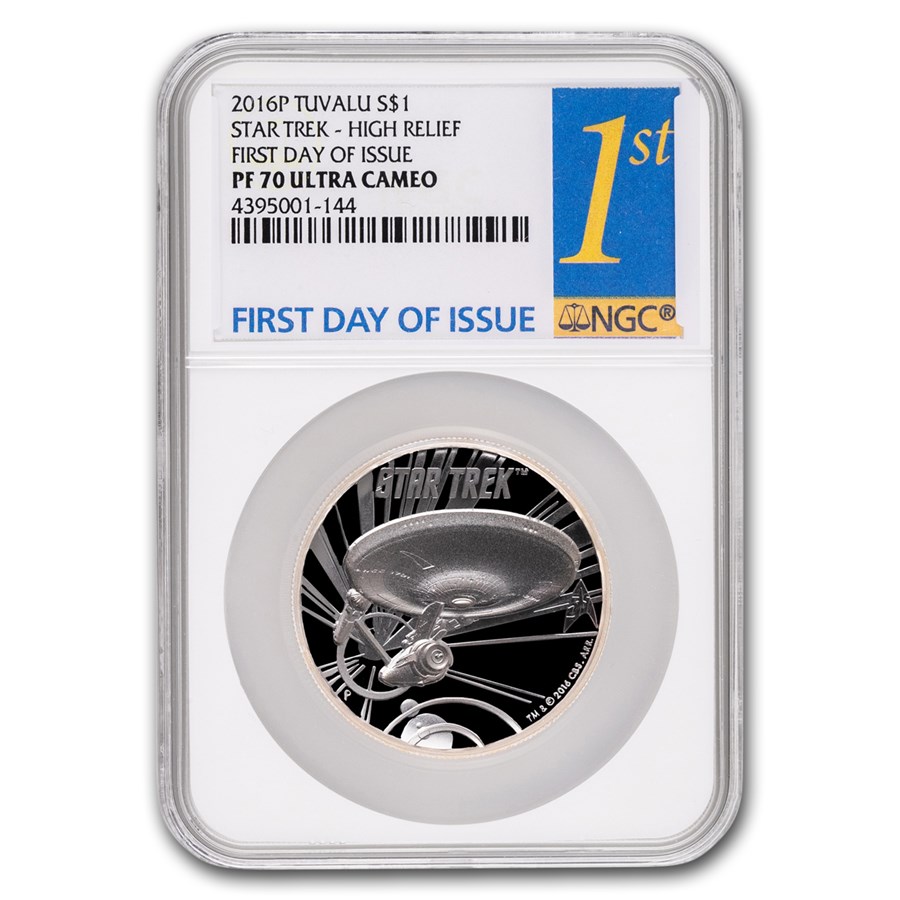 Product Details
Product Details
New from The Perth Mint is this limited mintage Silver proof coin featuring the iconic U.S.S. Enterprise from Star Trek! This is the first Star Trek bullion coin produced and has a mintage of only 6,000!

This coin has now been sold out at the mint!

Since its debut, Star Trek has developed into a cultural phenomenon with a range of spinoff television series and a number of feature films being released over the past five decades. The series explored a variety of societal themes and issues including a Utopian society, war and peace, imperialism, economics, racial equality, religion, human rights, feminism, and the role of technology.