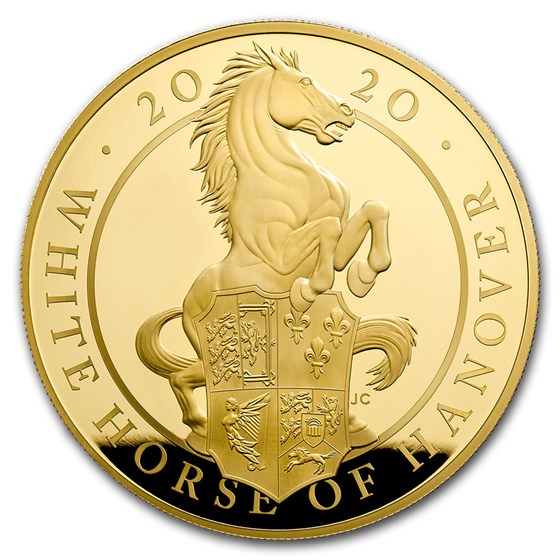 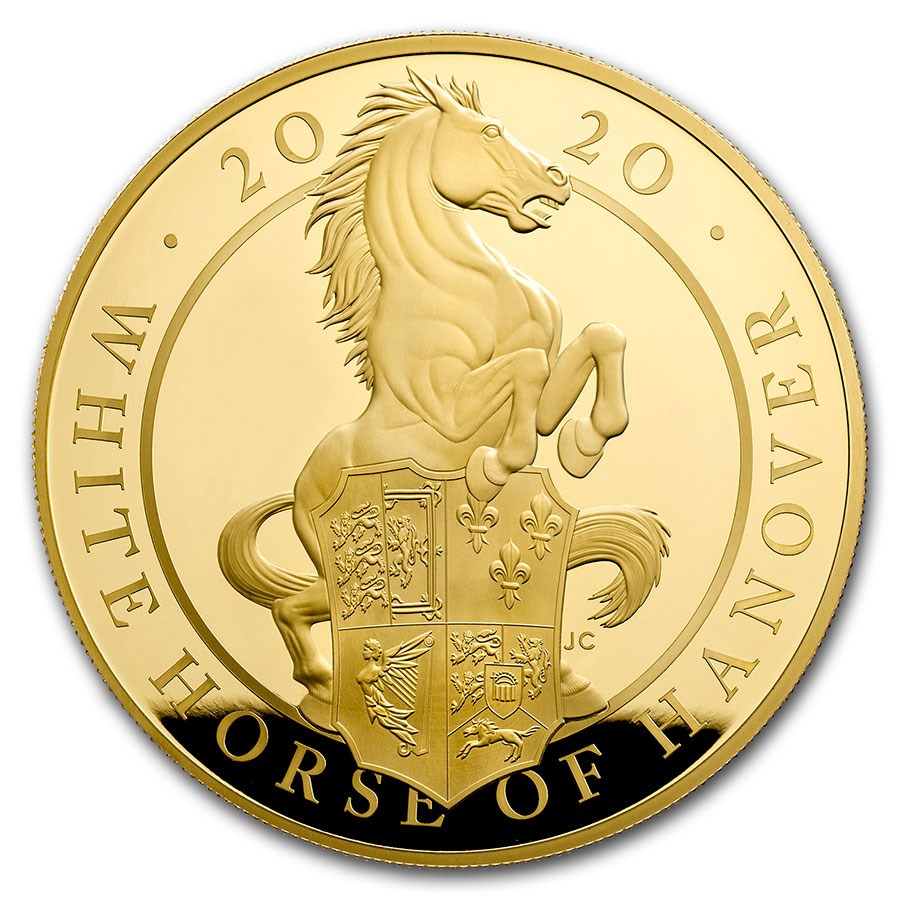 Your purchase is guaranteed to match the quality of the product shown. It will not be this exact item.
Product Details
Product Details
The Royal Mint has released the White Horse of Hanover as the eighth coin in the Queen's Beasts Proof series. This .9999 fine Proof Gold coin features a limited edition presentation of 55 coins worldwide.

This majestic coin is a must-have for any collection. Add this 2020 GB Proof 5 oz Gold Queen's Beasts White Horse coin to your cart today!

When Her Majesty The Queen was crowned in 1953, ten statues stood guard at her coronation in Westminster Abbey, fierce royal protectors called The Queen’s Beasts. They represented centuries of history and heritage that were passed on to Her Majesty that day. Now, 65 years later, The Queen’s Beasts Collection from The Royal Mint explores these ten heraldic guardians, what they stand for and the monarchs they have represented through the ages. Each beast has its own story to tell and the eight Proof release celebrates the White Horse of Hanover.

In 1714, the rulers of the German duchy of Hanover, Georg Ludwig, succeeded to the throne of Great Britain as George I. He brought with him the heraldry of the region, including the ancient device of a white horse on a red background.