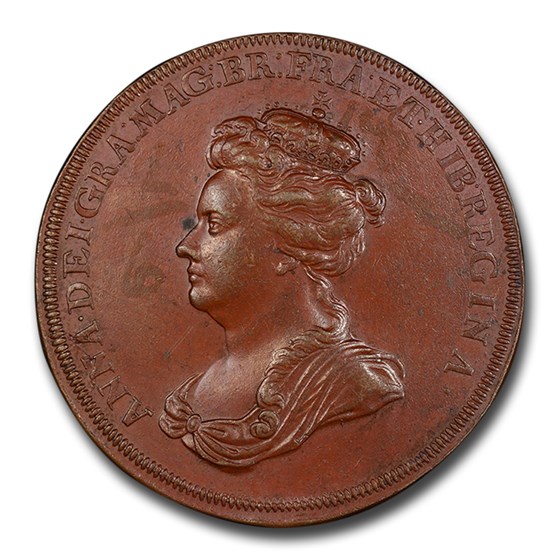 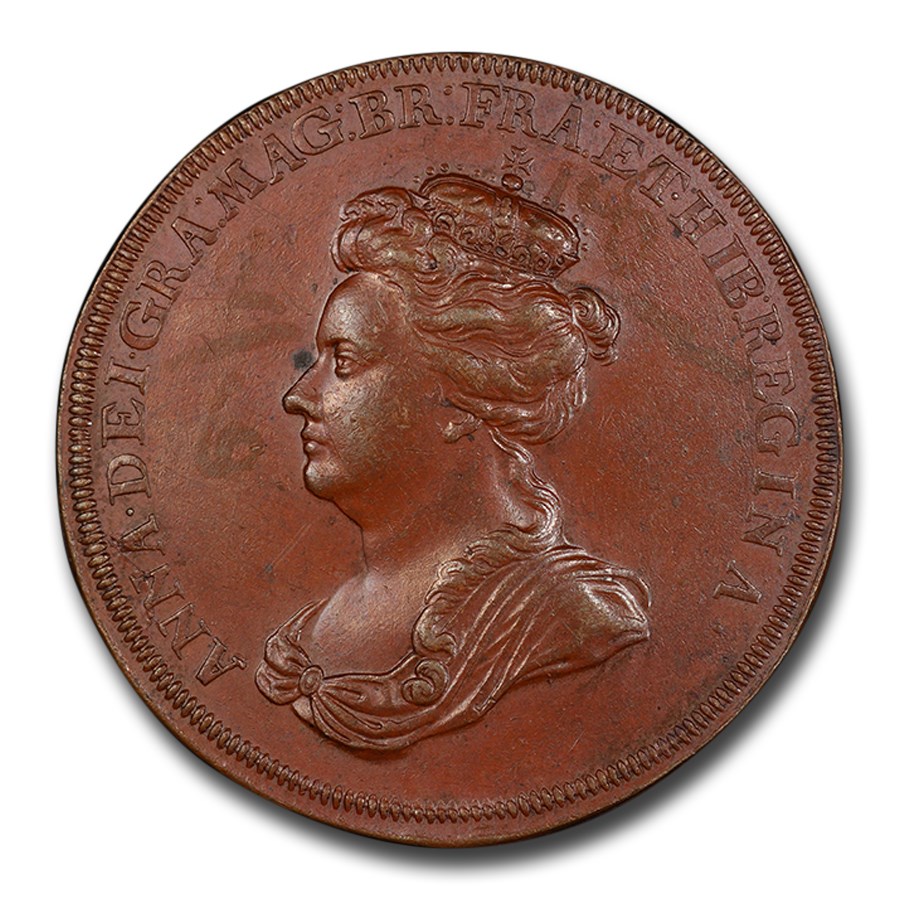 Your purchase will match the quality of the product shown.
Product Details
Product Details
This medal from the reign of Queen Anne depicts the victory at the battle of Vigo Bay. Vigo Bay was one of the early battles of the War of the Spanish succession and was a stunning English and Dutch victory against the Spanish.


Display this uncommon English medal in style by adding this Wood Gift Box to your order.

Add this Battle of Vigo Bay Medal to your cart today!