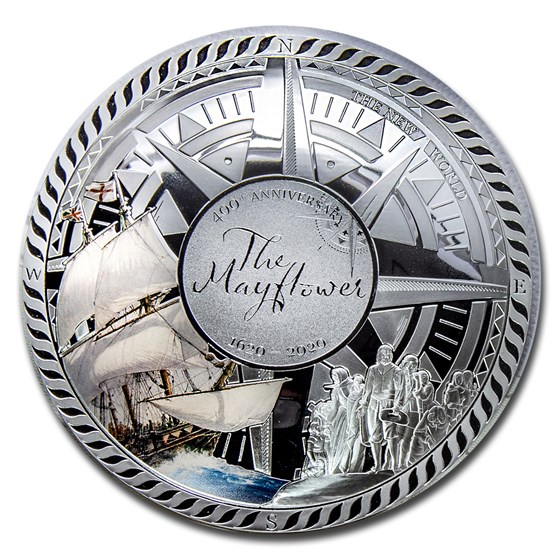 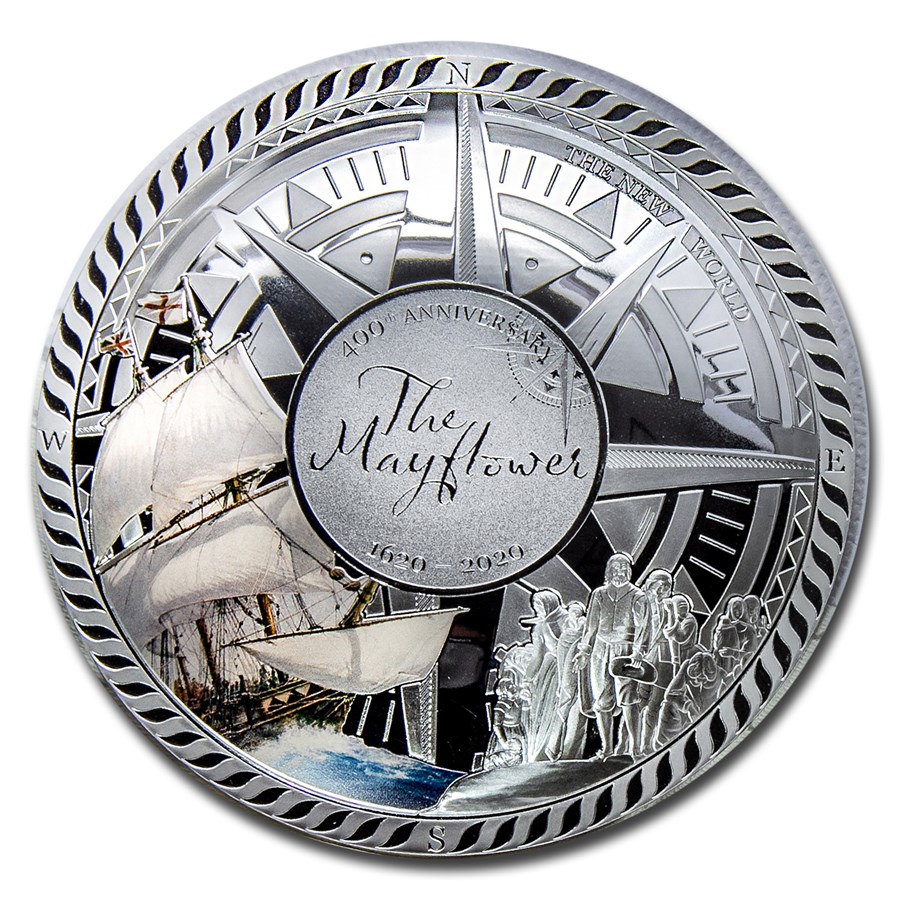 Your purchase is guaranteed to match the quality of the product shown. It will not be this exact item.
Product Details
Product Details
A spectacular plateau-minted coin with proof and frosted surfaces celebrating the journey to the new world.

An amazing coin with a historical story. Add this impressive Silver 400th Anniversary Mayflower coin to your cart today!

The year 2020 marks the 400 year anniversary of the Mayflower's journey from England to America.