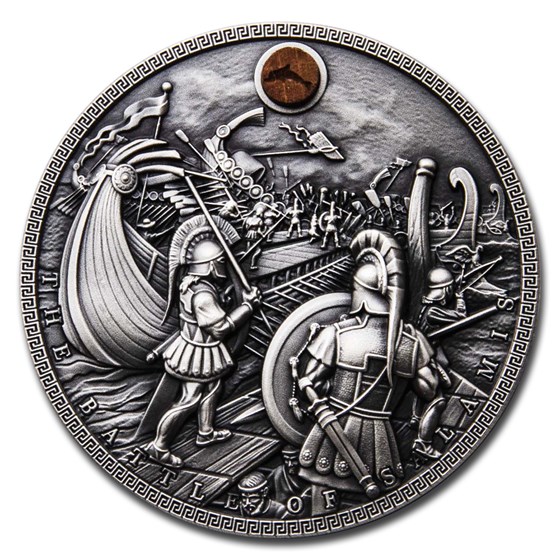 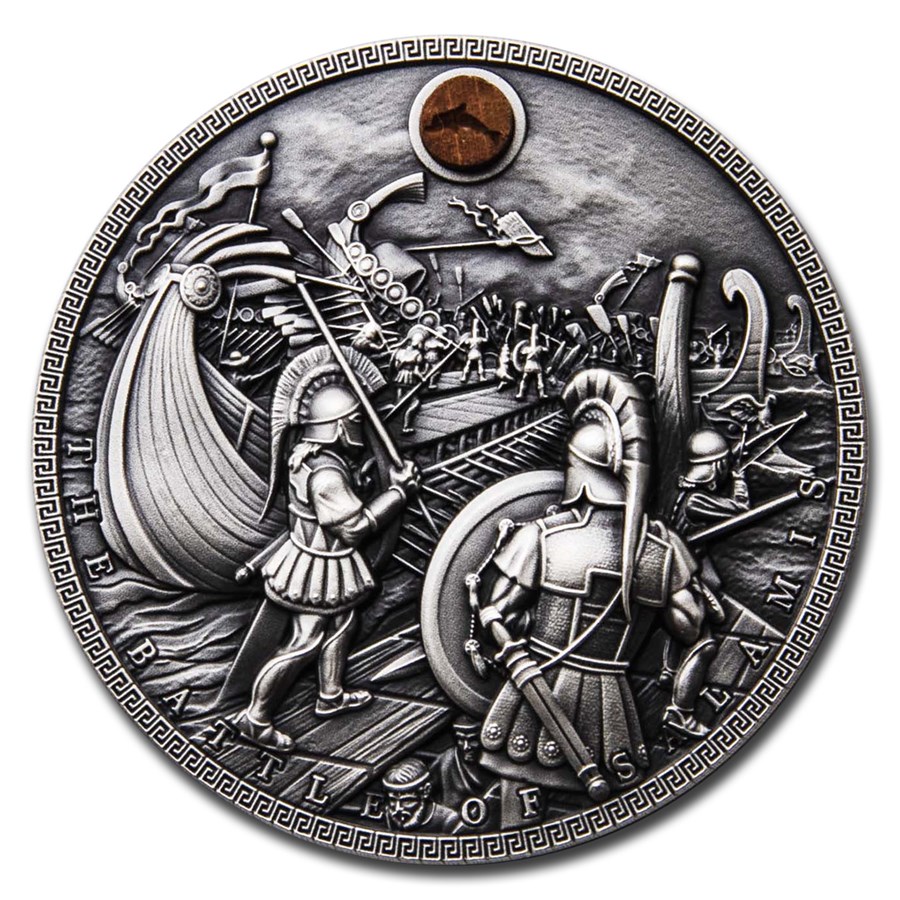 Product Details
Product Details
This is the first coin in the Sea Battles series which will highlight the most important naval battles. The mintage is only 500 coins worldwide.

The Battle of Salamis was fought between an alliance of Greek city-states under Themistocles, and the Persian Empire under King Xerxes in 480 BC.