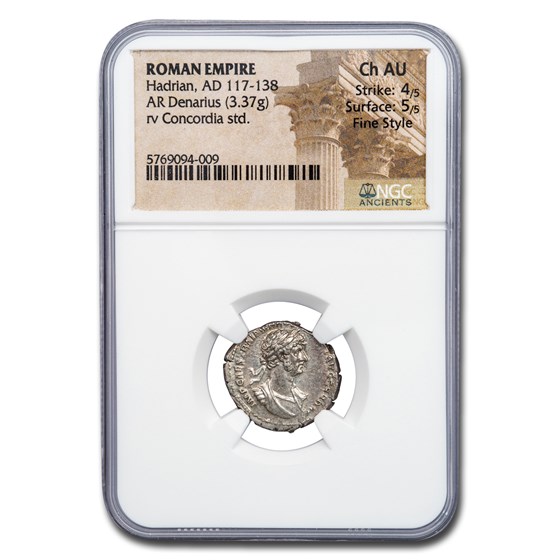 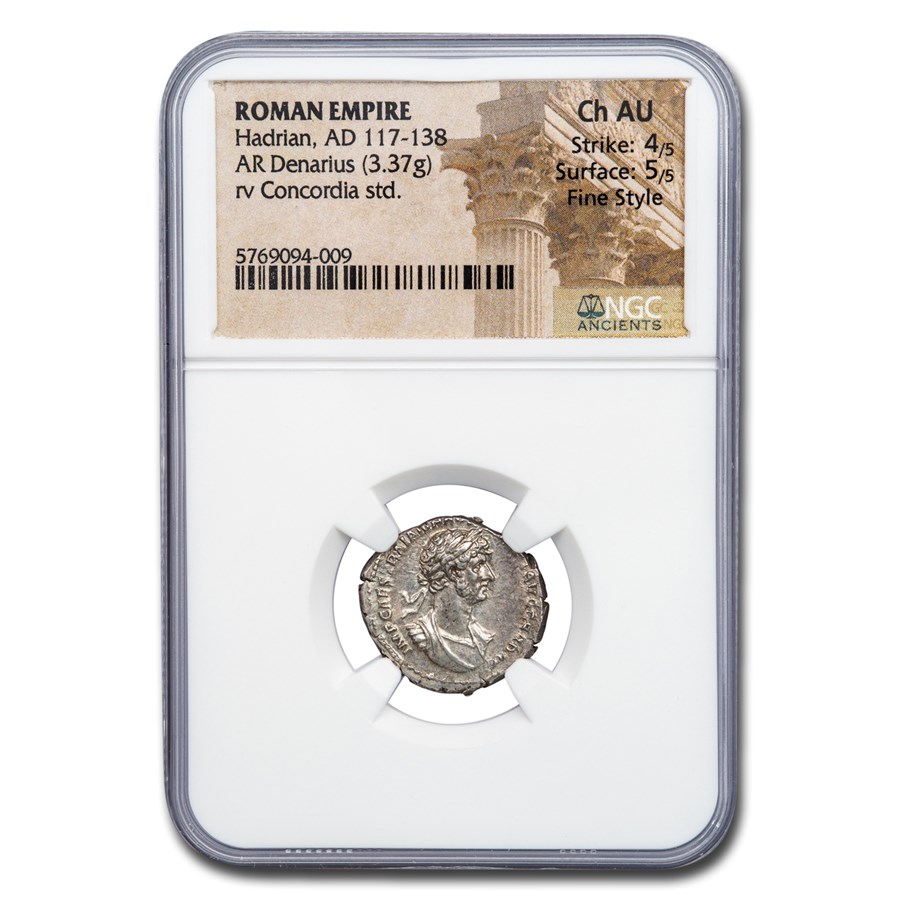 Your purchase will match the quality of the product shown.
Product Details
Product Details
Certified Roman Silver Denarius from the reign of Emperor Hadrian, 117-138 AD. He is known for building the Hadrian's Wall, which marked the northern limit of the Roman Empire in the province of Britannia, present day England.

Protect and display your AR Denarius of Emperor Hadrian in style by adding an attractive display or gift box to your order.

This coin was in circulation when the Roman Empire was at its height, from present day northern Britain to far down the Nile in Egypt. Add this beautiful coin to your cart today!