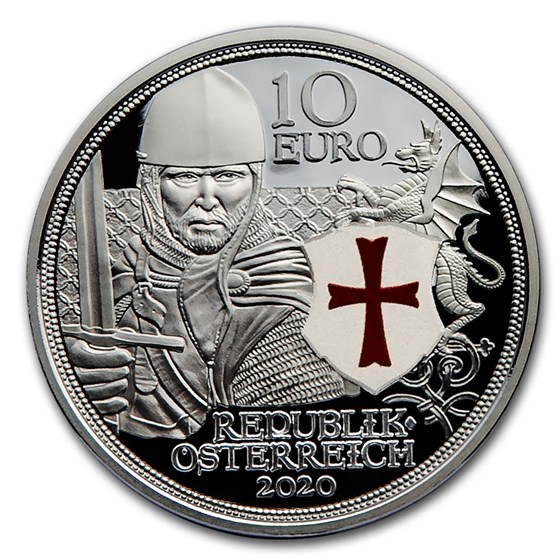 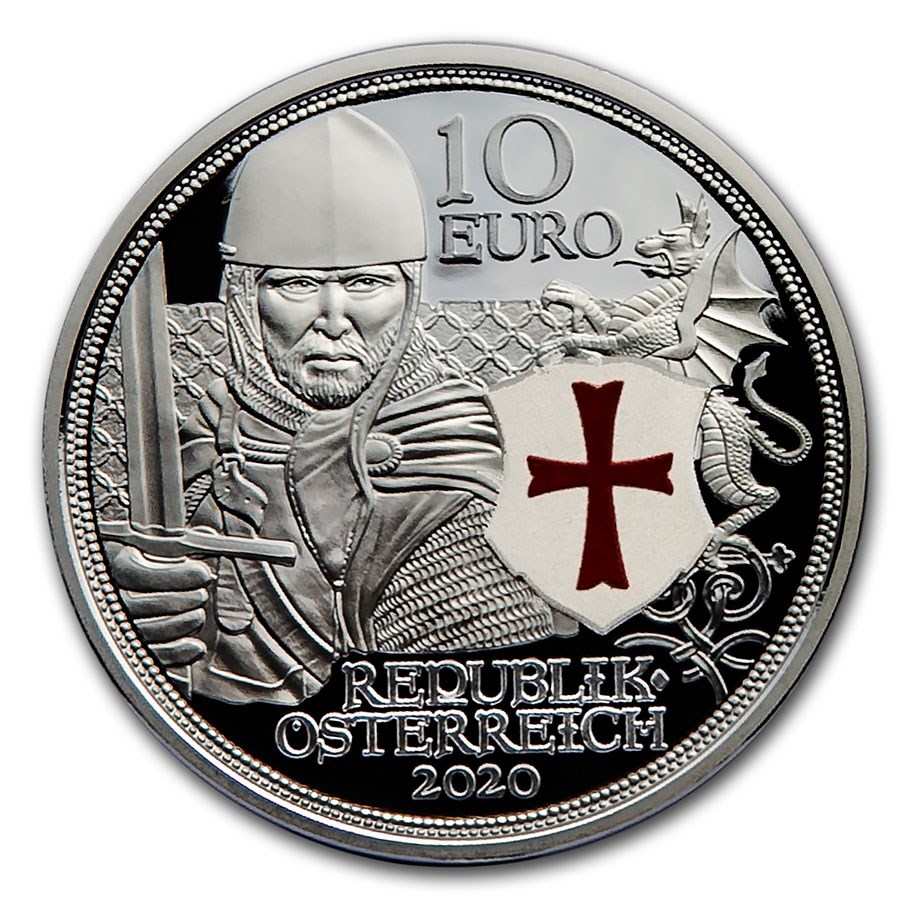 Product Details
Product Details
Knights’ Tales is a fascinating five-coin series in which we travel back in time to a bygone age that was notorious for being bloody and brutal. But the Middle Ages were also a time of courage.


In the 12th and 13th centuries, the Holy Land was the principal focal point of most knights. Driven by a combination of economic interest and spirituality, knights would head to the eastern Mediterranean with thoughts of conquest and the fulfillment of their religious vows. However, after the conquest of Jerusalem in 1099, the crusaders were constantly on the defensive, leading French knight Hugo von Payns and a small group of like-minded men to found the Order of the Knights Templar in 1118.

Coin Highlights:
This coin is a fantastic addition to any medieval enthusiast's collection. Add this 2020 Austria Proof Silver €10 Knights' Tales Courage coin to your cart today!

It's Beautiful! Must have!