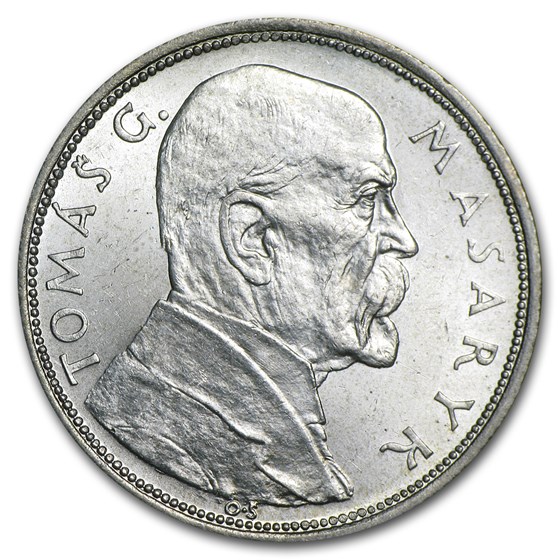 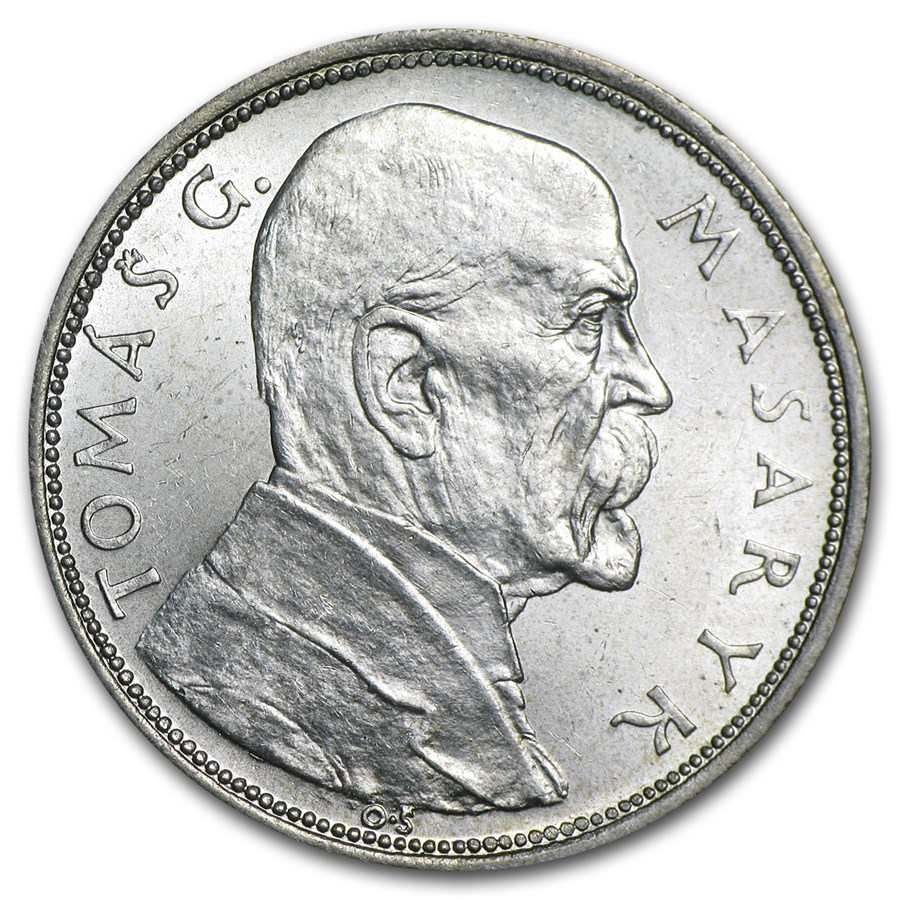 A limited issue one year type, celebrating the 10th anniversary of Czech independence following the end of World War I. This Mint State example features a likeness of Tomas G. Masaryk, 1st President of Czechoslavakia after the republic was formed after World War I. ASW= 0.225 of an ounce. Cataloged as KM#12.